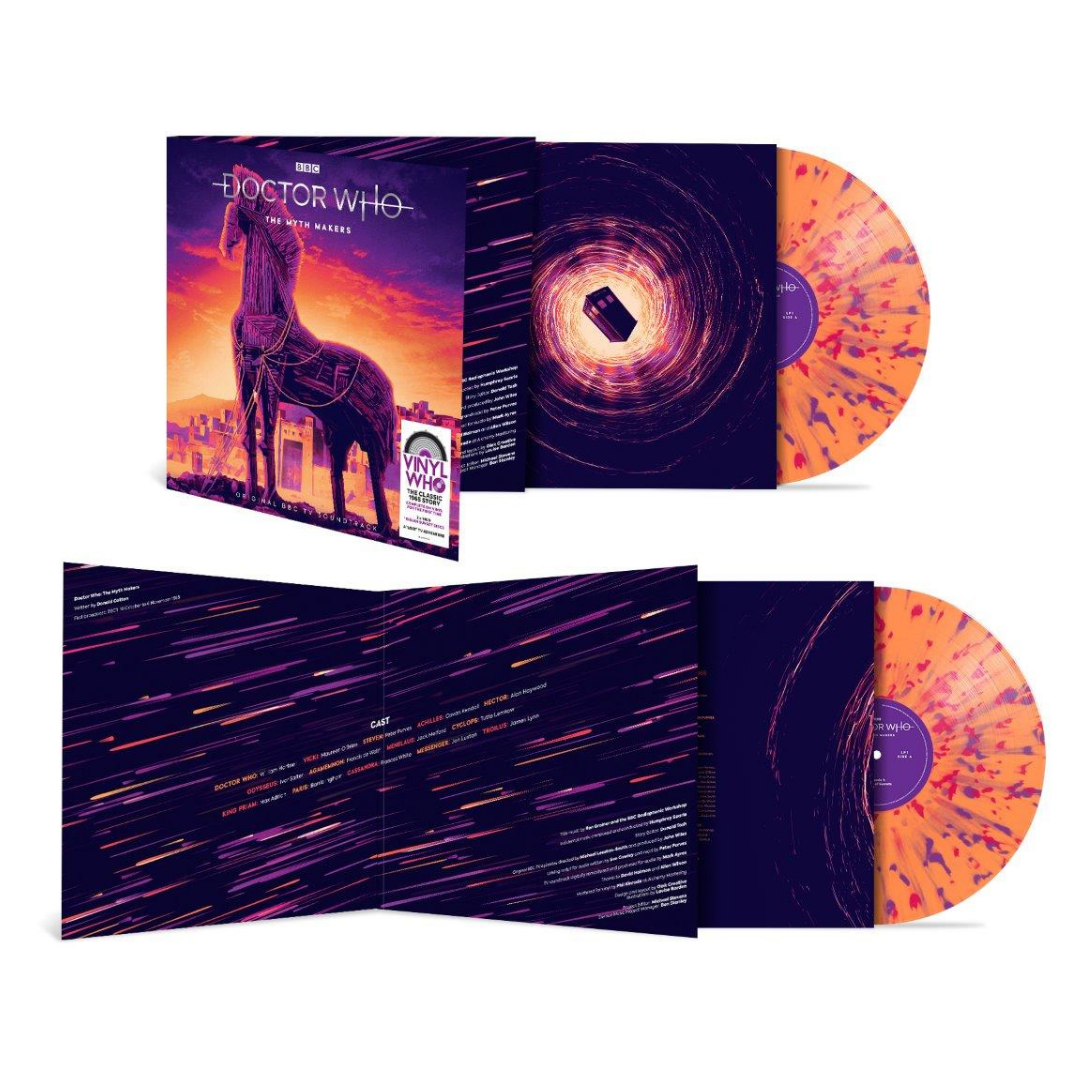 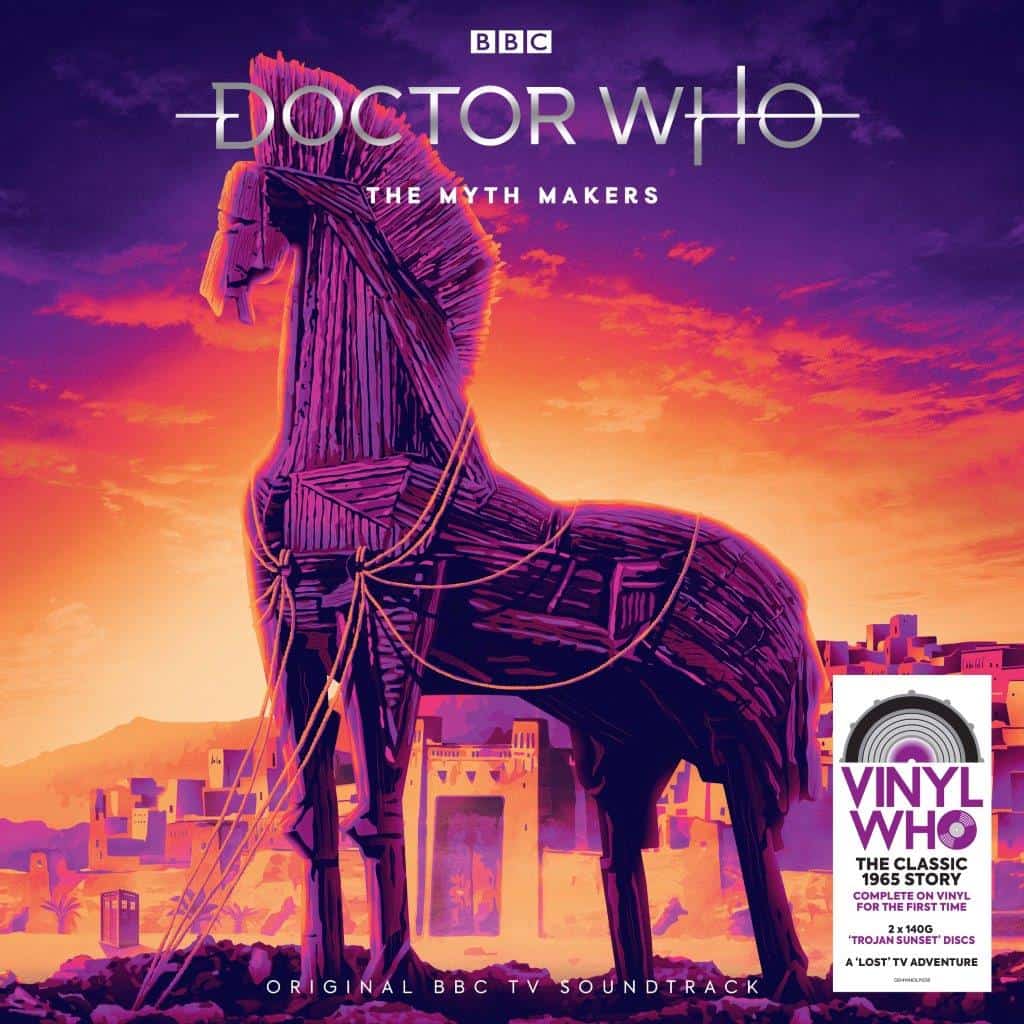 When the TARDIS lands on the plains of Asia Minor, not far from the walled city of Troy, the Doctor is hailed as the great god Zeus. He’s enlisted by the Greek army – led by Odysseus and Agamemnon – to come up with a strategy for defeating the Trojans. With his companions already prisoners of the opposing side, the Doctor draws his inspiration from the legend of a certain wooden horse...

Presented across two 140g vinyl Trojan Sunset splatter discs, this 1965 TV soundtrack – no episodes of which survive as film recordings - is narrated by Peter Purves, who co-stars as the Doctor’s companion Steven, with Maureen O’Brien making her final appearance as Vicki. The guest cast includes Max Adrian as King Priam, Barrie Ingham as Paris, Frances White as Cassandra and Ivor Salter as Odysseus. Incidental music is by Humphrey Searle, and the familiar strains of the Doctor Who theme are courtesy of the BBC Radiophonic Workshop.

Side A:
Episode One
Broadcast 16th October 1965