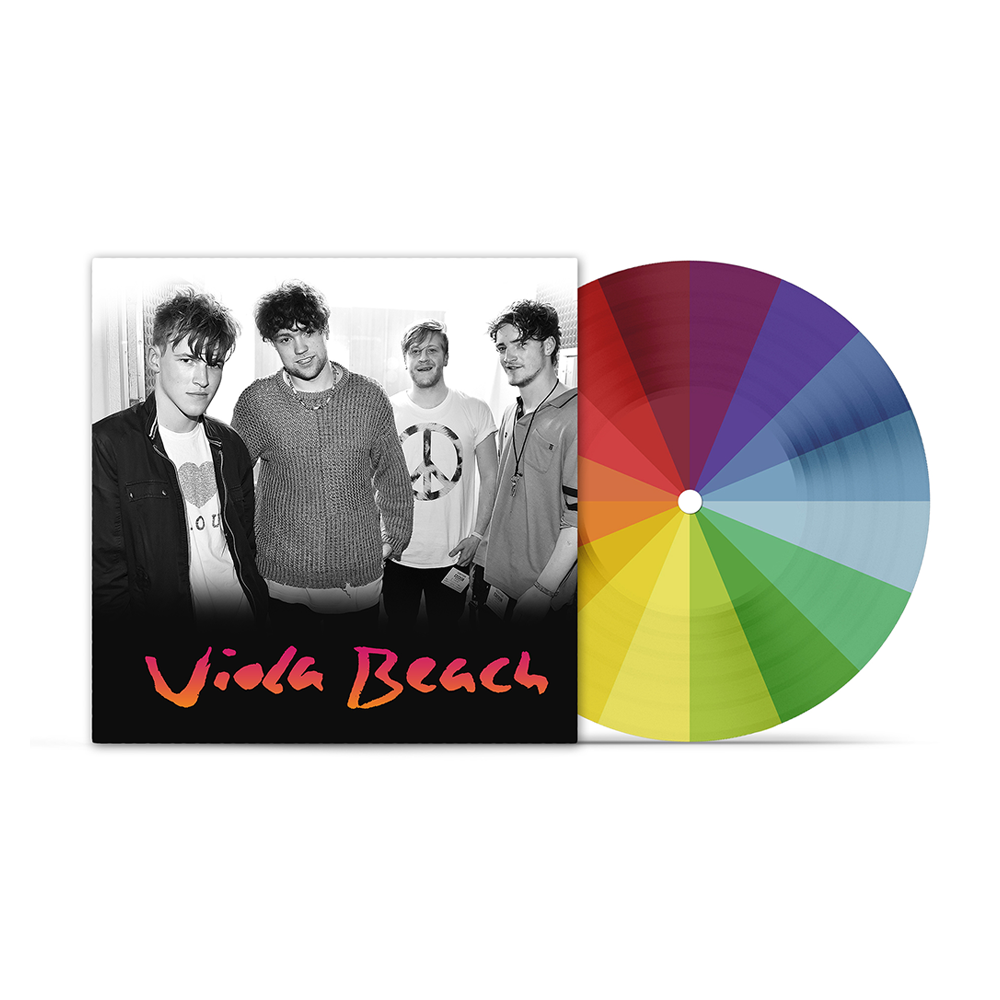 To mark five years since the release of Viola Beach’s self-titled debut album, and its subsequent ascent to the top of the UK Album Charts, a vinyl edition of the album is to be released on February 11th, 2022. This is the first time a vinyl version of the no.1 album has been made available.  It will be released by Fuller Beans Records, the label set up by Kris, River, Tom, Jack & their manager Craig.

The vinyl is specially designed with a rainbow coloured picture disc, paying homage to the rainbow umbrellas that the band were once photographed with and became symbolic of them in the wake of their tragic accident in 2016.

Swings and Waterslides
Like a Fool
Go Outside
Cherry Vimto
Drunk