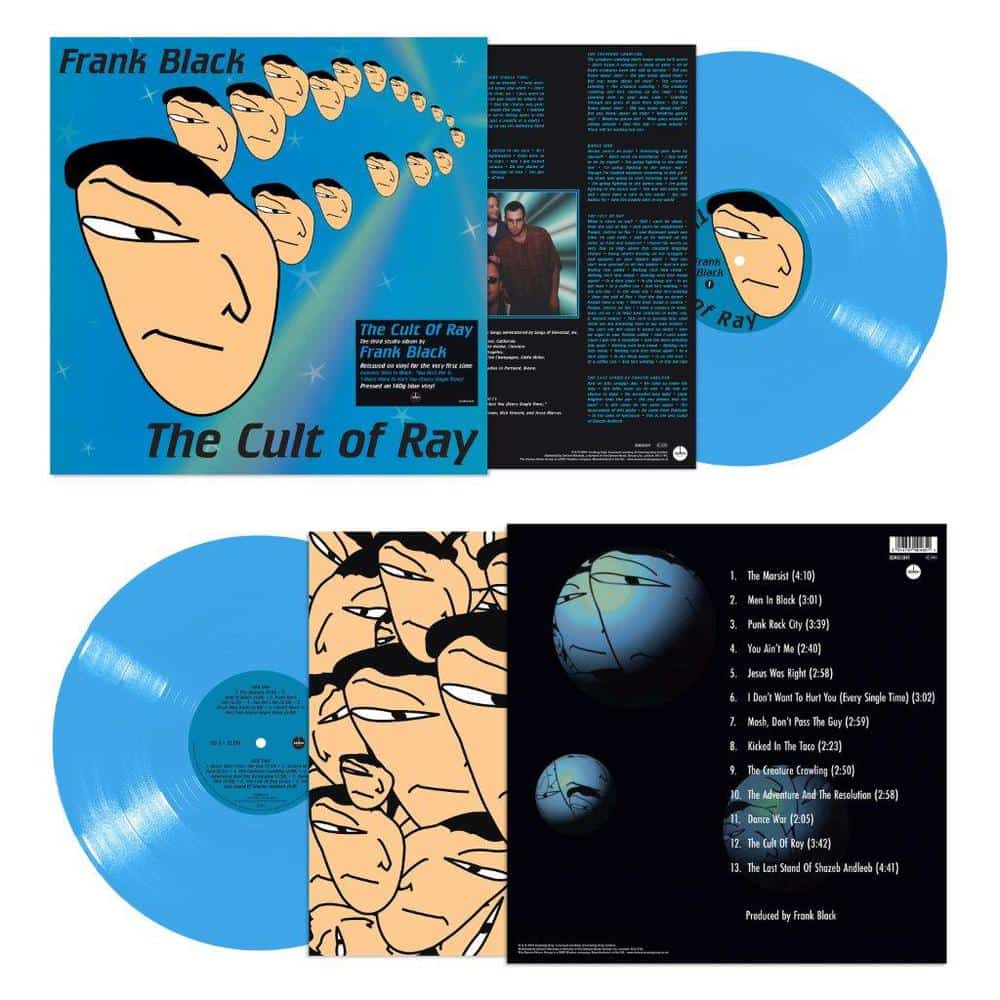 First released in 1996, The Cult of Ray is Frank Black’s third studio album and includes the singles ‘Men In Black’, ‘The Marsist’ and ‘I Don’t Want To Hurt You (Every Single Time)’.

Black Francis explains the Cult Of Ray “was the band that was also the band for the first Frank Black & The Catholics record. I hadn't stumbled on to my live to 2 track obsession just yet, but I was quite enjoying the parameters of 16 track 2 inch. Fat and warm, aided by my sweet as candy pal Lyle Workman on lead guitar. Lyle can be best described as a HOT DOG with a telecaster in his large, supple hands. Super fun motorcycle ride.”

Long out of print, this new vinyl reissue is pressed on 140g blue vinyl, housed in a printed inner sleeve.

Side B
1. Mosh, Don't Pass The Guy
2. Kicked In The Taco
3. The Creature Crawling
4. The Adventure And The Resolution
5. Dance War
6. The Cult Of Ray
7. The Last Stand Of Shazeb Andleeb