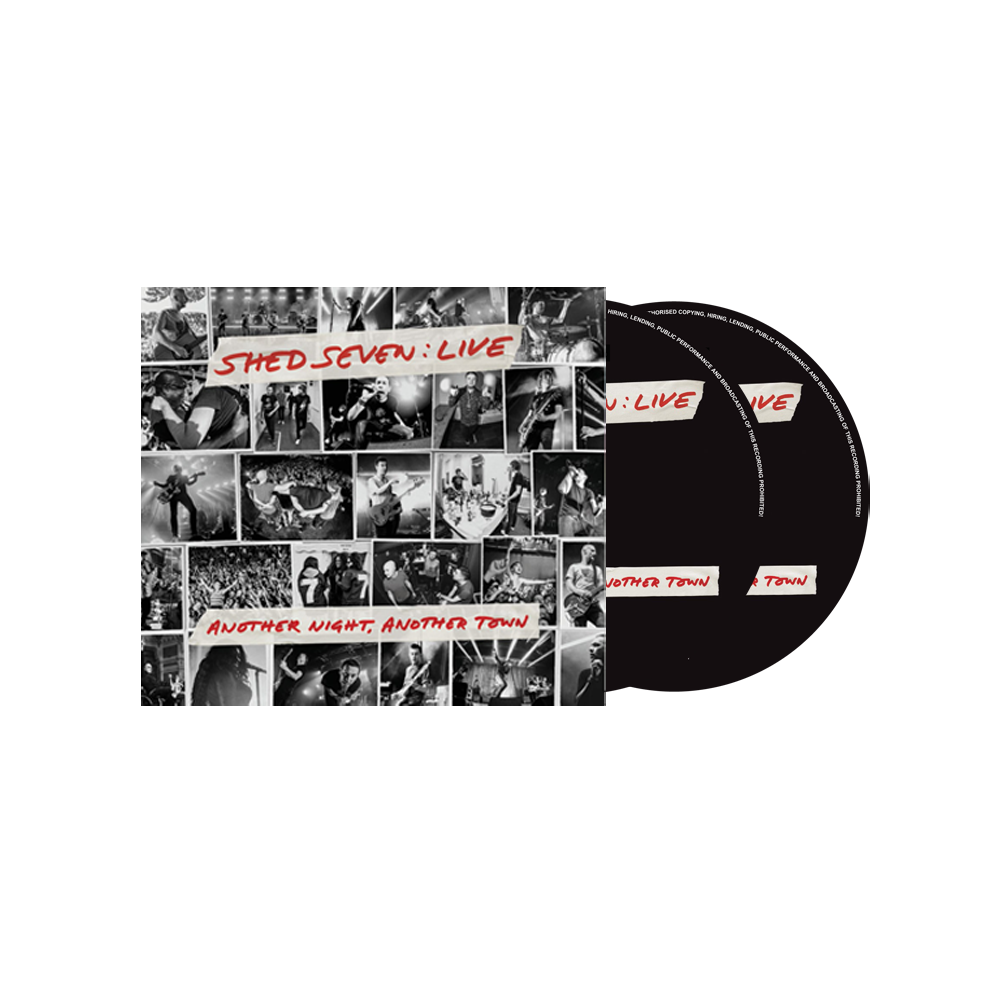 Specially curated by the band 'Another Night, Another Town' captures the band's dynamic live performances and anthemic songs over 21 tracks.

Rick Witter said about 'Another Night, Another Town'.

"When it became clear virtually no live events would be taking place this year and with no Shedcember to look forward to we thought it was a good time to go through recordings from our 2019 tour and 2018 Castlefield Bowl show to curate the best live album we could.

From 10,000 people singing along to Chasing Rainbows at Leeds Arena to playing the classic outro of I am the Resurrection in the home of the Stone Roses this 21 track album features the best from our live shows over the last couple of years.

The album has been mixed by Chris Sheldon who produced A Maximum High and Disco Down and we're delighted with the results which we think are as close as we can get to capturing the Shed Seven live experience on record. We haven't released a live album since we returned as a 5 piece in 2007 and we certainly haven't released one as good as this!

We hope this album provides just a little bit of the live experience we're all missing before we return in 2021."

Room In My House
Mark
Where Have You Been Tonight?
People Will Talk
Devil In Your Shoes
Butterfly On A Wheel
She Left Me On Friday / I Am The Resurrection
Better Days
On Standby
It's Not Easy