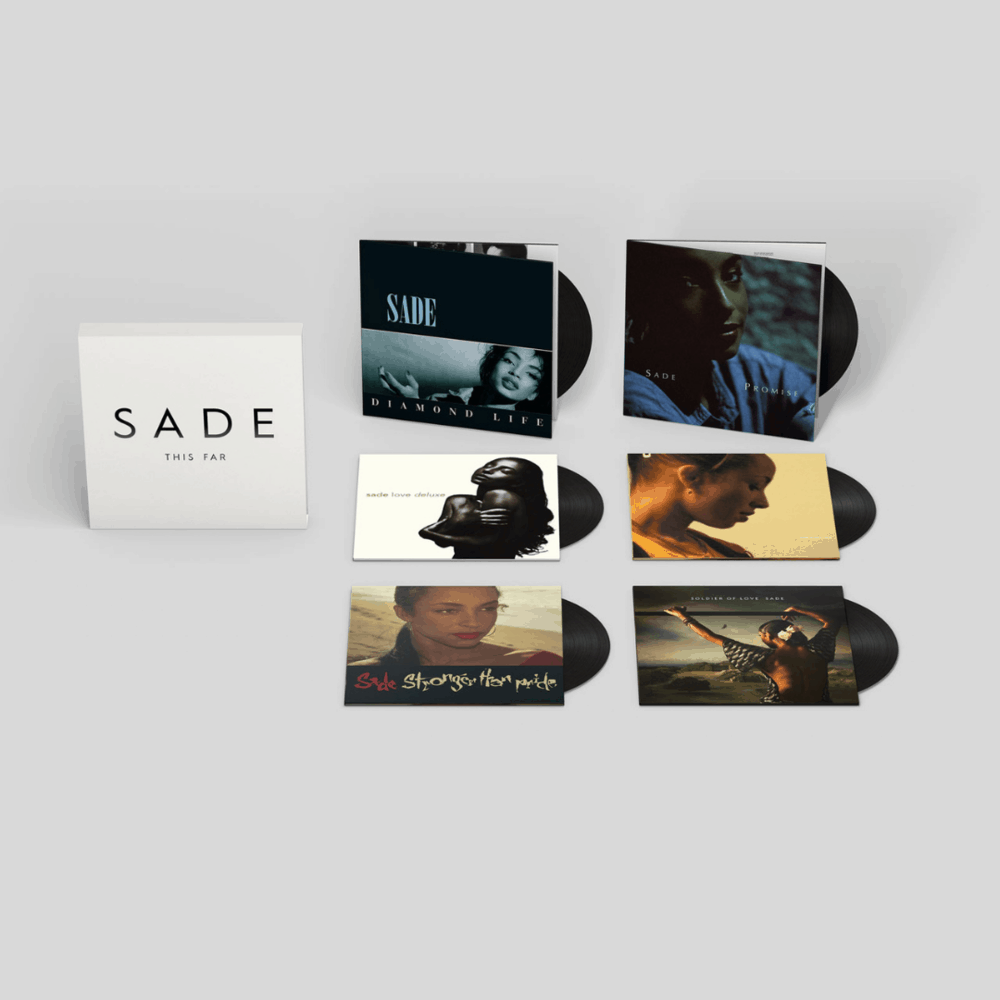 Sony Music have announced details of a very special box set, elegantly entitled This Far to be released worldwide on 9th October, which will feature remastered versions of all their studio albums to date, on pure 180-gram heavyweight black vinyl. The upcoming box set delivers the first complete collection of their studio work up to the present day. All six of the band’s acclaimed albums: Diamond Life (1984), Promise (1985), Stronger Than Pride (1988), Love Deluxe (1992), Lovers Rock (2000), and Soldier Of Love (2010) are packaged into a beautifully finished, white casebound box.

The box set title, This Far, suggests that the band’s studio work may not yet be fully complete, but this new highly collectable release brings together a canon of work previously difficult to source in its original format.

to the band’s intended sound. No additional digital limiting was used in the mastering process, so the six albums benefit from the advantage of extra clarity and pure fidelity, preserving the dynamic range of the original mixes for the very first time.

The six album sleeves have been meticulously reproduced in exact detail with authentic paper and printing methods, perfectly replicated for the first time since their original release, and assembled in the outer box which was designed by Tom Hingston Studios in London.