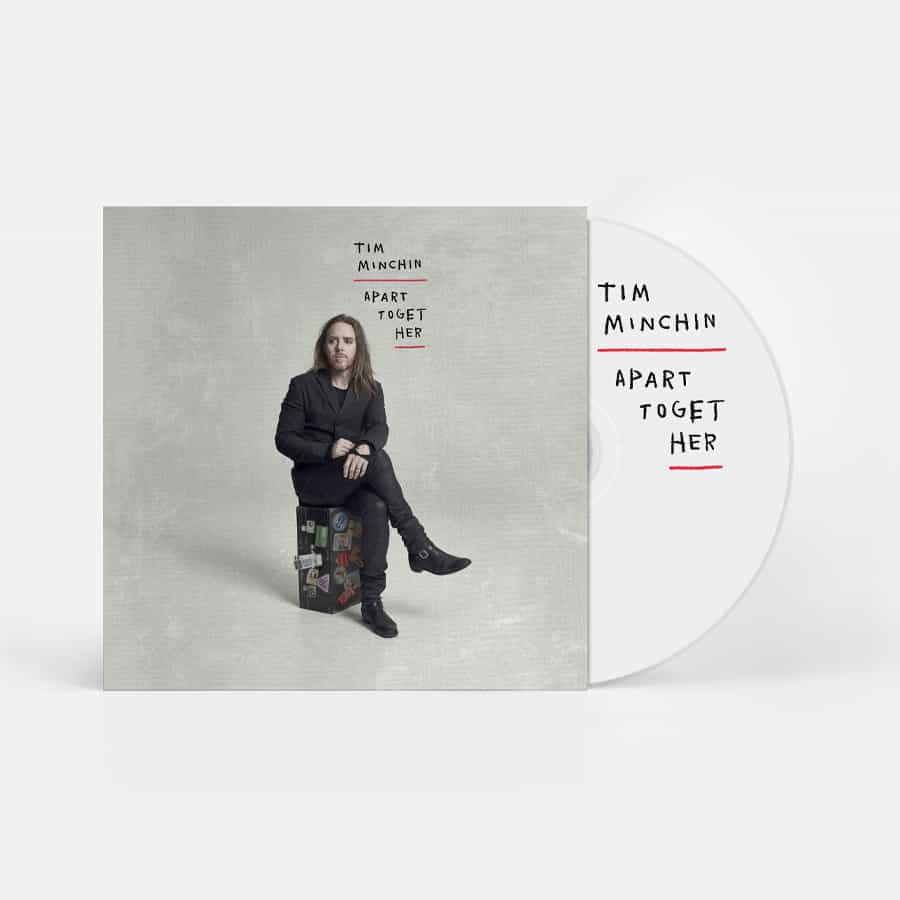 It says a lot about Tim Minchin that even when he pauses to take stock, the very opposite seems to happen. In this case, the “opposite” is a brand new studio album, Apart Together which is set for a worldwide release on November 20. That it’s taken Minchin until now to release his first “proper” album speaks volumes about the twists and turns his career has taken since he made the 14,500 mile journey to London from Perth in the hope of finding an audience for a kohl-eyed, shock-headed musical comedian.

Since landing the 2005 Perrier Award for Best Comedy Newcomer, the bullet points mark a vertiginous ascent into wider renown: his music and lyrics for Matilda the Musical, which helped propel the Royal Shakespeare Company’s adaptation of Roald Dahl’s book to a record-breaking number of Tony and Olivier Awards; a string of sold-out arena tours; his celebrated portrayal of Judas in the 2012 touring version of Jesus Christ Superstar; and a snowballing acting and writing career which dramatically bore fruit in the acclaimed Sky Atlantic/Foxtel 2019 series Upright.

Tracklisting:
1 Summer Romance
2 Apart Together
3 Airport Piano
4 The Absence Of You
5 I Can't Save You
6 Talked Too Much, Stayed Too Long
7 Leaving LA Explicit
8 I'll Take Lonely Tonight
9 Beautiful Head
10 If This Plane Goes Down
11 Carry You