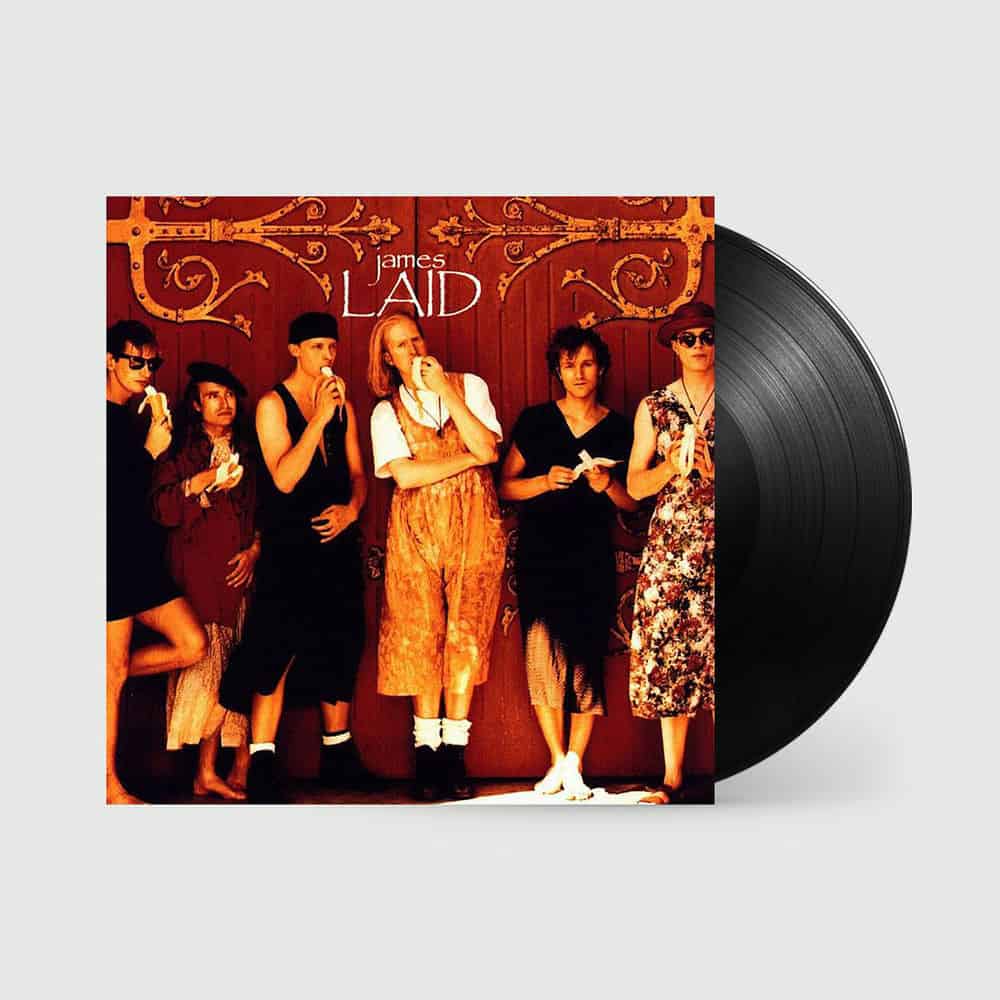 According to Tim Booth, Laid and Wah Wah are “the culmination of playing four or five hours a day four or five days a week in Manchester and the new band adapting to that. It is about the transition of becoming more of a band but with Brian at the helm.” Booth remembers jamming “hundreds of songs that never saw the light of day” and guitarist Larry Gott suggests it might have been “as many as 340 tracks.”

The simultaneous, coupled reissues are particularly notable, however, due to the fact that producer Brian Eno and the band had originally favoured releasing the records as a double package. Recorded concurrently in 1993 during a frenetic six week period at Peter Gabriel’s Real World Complex, the albums were always intended as companion pieces – Laid being referred to as the “song” album whilst Wah Wah was known as the “experimental” or “jamming” album – but the record company’s decision to release them months apart put paid to this conception: Laid, released in the UK in October 1993, reached the No.3 spot in the UK and became the band’s biggest album to date in the US, selling 600,000 copies and breaking the band in the USA in the process but the subsequent follow-up Wah Wah effectively sunk the band over there and – according to Booth – “put paid to us breaking America at all!”. More pertinently perhaps, by the time Wah Wah came out, U2 (and Eno) had released Zooropa and “everyone thought we were copying off them instead of the other way round!”