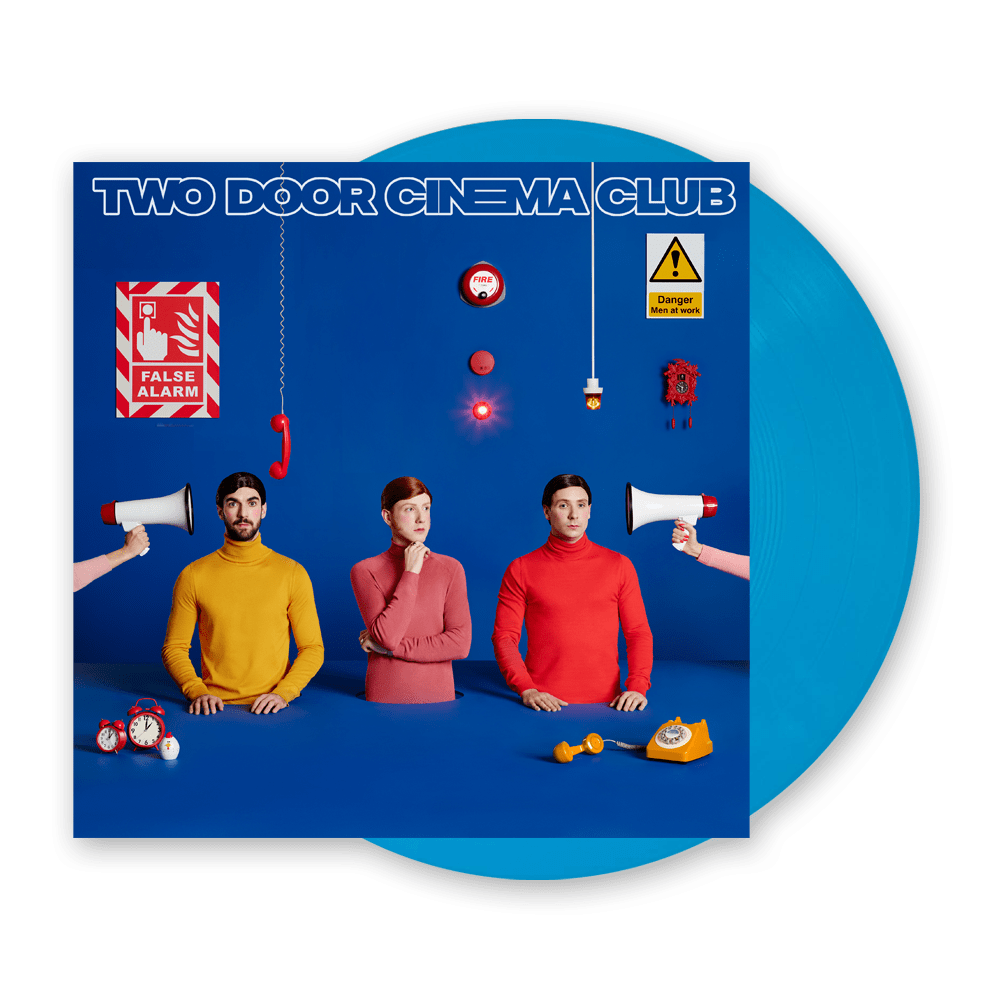 ‘False Alarm’ finds the three piece gloriously unshackled and creatively at the peak of their game. Across its ten tracks ‘False Alarm’ wryly scans and satirises the social and environmental woes of 2019 through the prism of wonderfully off-kilter pop, simultaneously borrowing from and warping elements of future pop, disco, rock, funk and soul.

Recent single ‘Satellite’, an infectious Krautpop-influenced slice of future pop that accepts as a species we’re “in it together” – be it Brexit, climate change or any other man-made modern day terror. Elsewhere on Two Door Cinema Club’s eagerly anticipated fourth album ‘Satisfaction Guaranteed’, ‘Nice To See You’ and ‘Once’ address our relationships with the dopamine dispenser that is social media through cheery New Romantic style funk, moody Bowie-esque art-pop and grandiose synth-pop respectively. Punk funk channeling anthem ‘Dirty Air’ has Alex prowling a ruined city’s dancefloors, posing through the ecological collapse.