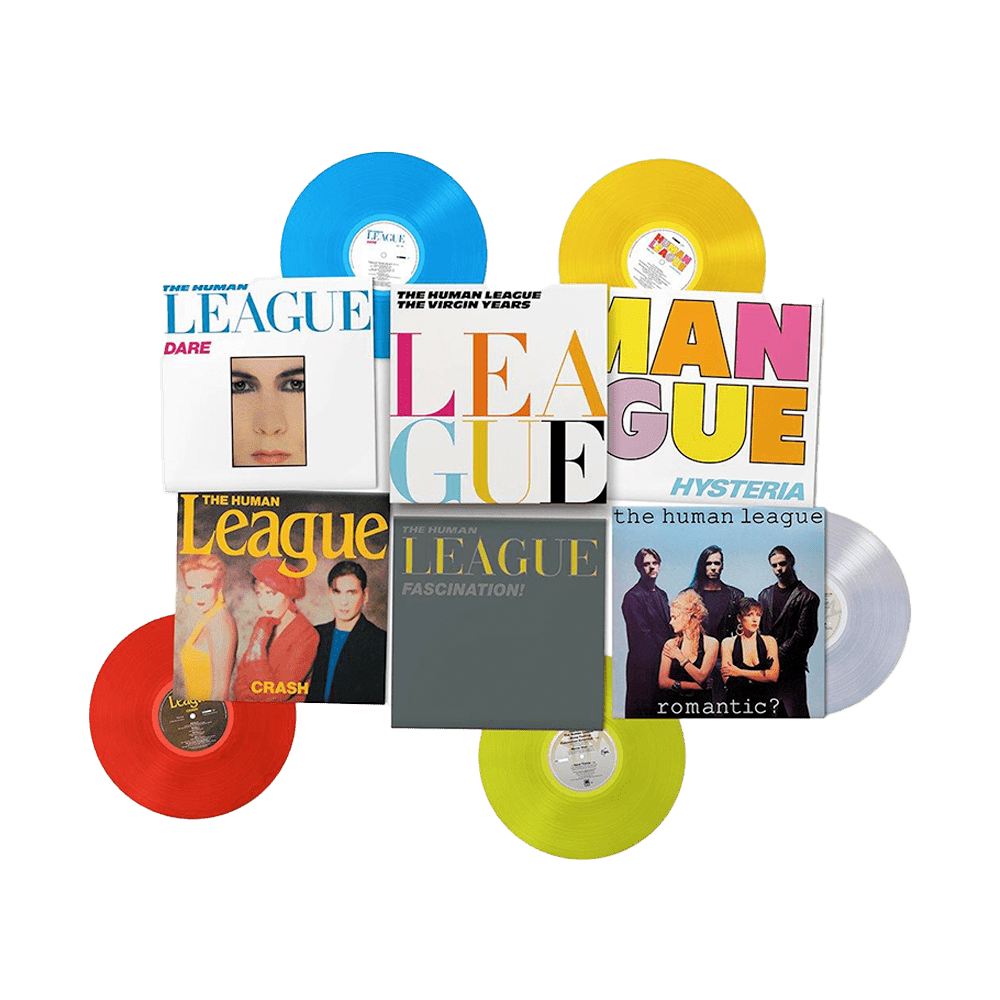 Formed in Sheffield in 1977 The Human League are one of the most renowned English synth-pop bands. Initially an experimental electronic outfit, the group signed to Virgin Records in 1979 and attained widespread commercial success with their third album Dare in 1981. The album contained four hit singles, including the UK/US number one hit “Don’t You Want Me”.

Under Oakey’s leadership, the Human League have evolved into a commercially successful New Pop band, with a line-up including female vocalists Joanne Catherall and Susan Ann Sulley.

Since 1978, the Human League have released nine studio albums, two remix albums, one live album, six EPs, 30 singles and several compilation albums. They have had five albums and 15 Top 20 singles and had sold more than 20 million records worldwide by 2010.

This set contains their albums from their time with Virgin Records and all records come in coloured vinyl (chosen by the band) and in tip on sleeves, all housed in a sturdy box with a poster. The band have just completed a sold-out UK tour playing Dare in its entirety.

HYSTERIA - Side B
Betrayed
The Sign
So, Hurt
Life On Your Own
Don't You Know I Want You?

CRASH – Side A
Money
Swang
Human
Jam
Are You Ever Coming Back?

ROMANTIC? - Side A
Kiss The Future
A Doorway?
Heart Like a Wheel
Men Are Dreamers
Mister Moon and Mister Sun

ROMANTIC? - Side B
Soundtrack To a Generation
Rebound
The Stars Are Going Out
Let's Get Together Again
Get It Right This Time