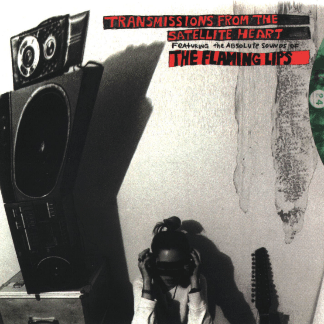 Transmissions From The Satellite Heart Limited Edition Black And White

Originally released in 1993, Transmissions From The Satellite Heart is the sixth studio album from American rock band, The Flaming Lips. The album is the first to feature members Ronald Jones and Steve Drozd after the departure of guitarist Jonathan Donahue and drummer Nathan Roberts.

The album features what is arguably their first major radio single success, “She Don’t Use Jelly” which was featured on MTV’s Beavis and Butt-Head, nearly a year after release. The album was received positively by critics and fans alike, with Rolling Stone and Select giving it 4 out 5 stars, and AllMusic giving it 4.5 out of 5 stars, describing the album as “another prismatic delicacy that
continues the group's drift toward pop nirvana”.