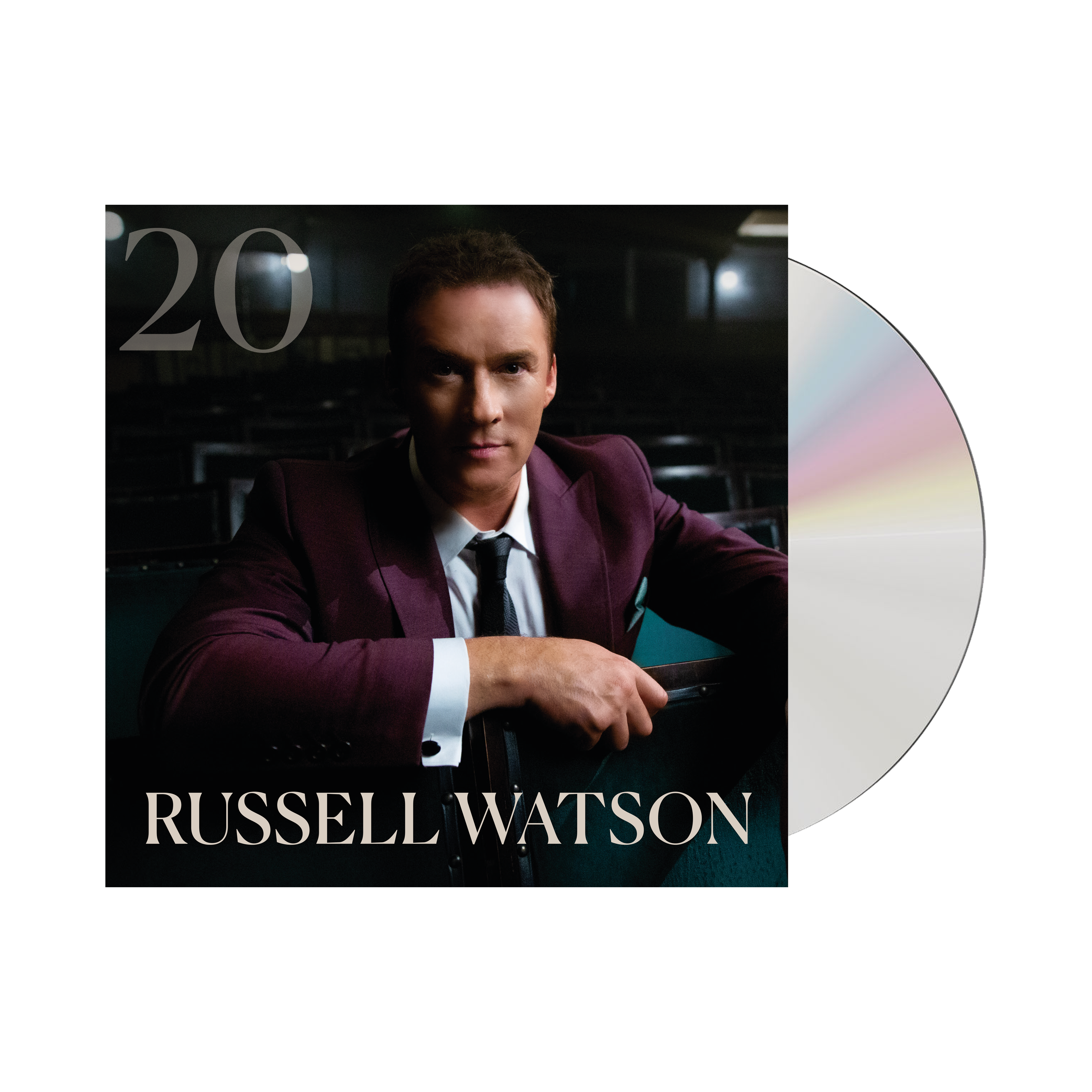 Hard to believe it’s been twenty years since the release of ‘The Voice’, the landmark debut album from Russell Watson and the bestselling classical album of this century. Now the boy is a man celebrating twenty years at the top with a career that has inspired so many and created an entire genre of classical music in the process.

’20’, is an anniversary release which captures key moments in his career with 13 newly recorded songs sung in his unmistakable trademark tenor.

Russell has overcome many things in his life maintaining a dignity few could rival when struck by not one but two brain tumours and bouncing back in better voice than before, so he wasn’t going to let lockdown stand in the way of his stunning new album. Travel restrictions meant that long-time producer Ian Tilley had to stay in his native New Zealand so he assembled a socially distanced orchestra in Christchurch while Russell hunkered down in Wilmslow, taking instructions and overseeing proceedings via Skype.

“Normally I’d always be at orchestra sessions, but in fact this didn’t feel much different,” Russell admits. “I was in a booth wearing headphones. I could have been 10 feet rather than 10,000 miles away.”

The track listing is a veritable feast of reimagining’s of his greatest hits. “There are certain songs that needed to be there because they define my career, with regards to recording but particularly live,” Russell says. “Volare is a staple. I’ve sung it at every concert for at least 25 years. And obviously Nessun Dorma, which launched my career.”

And what a career. Warmly referred to as the People’s Tenor, Russell’s journey took him from a Salford estate to the world’s most prestigious concert halls, and to becoming the best-selling male classical artist of all time.

“You don’t come from a Salford factory floor to conquering the classical world without being a driven lunatic”.