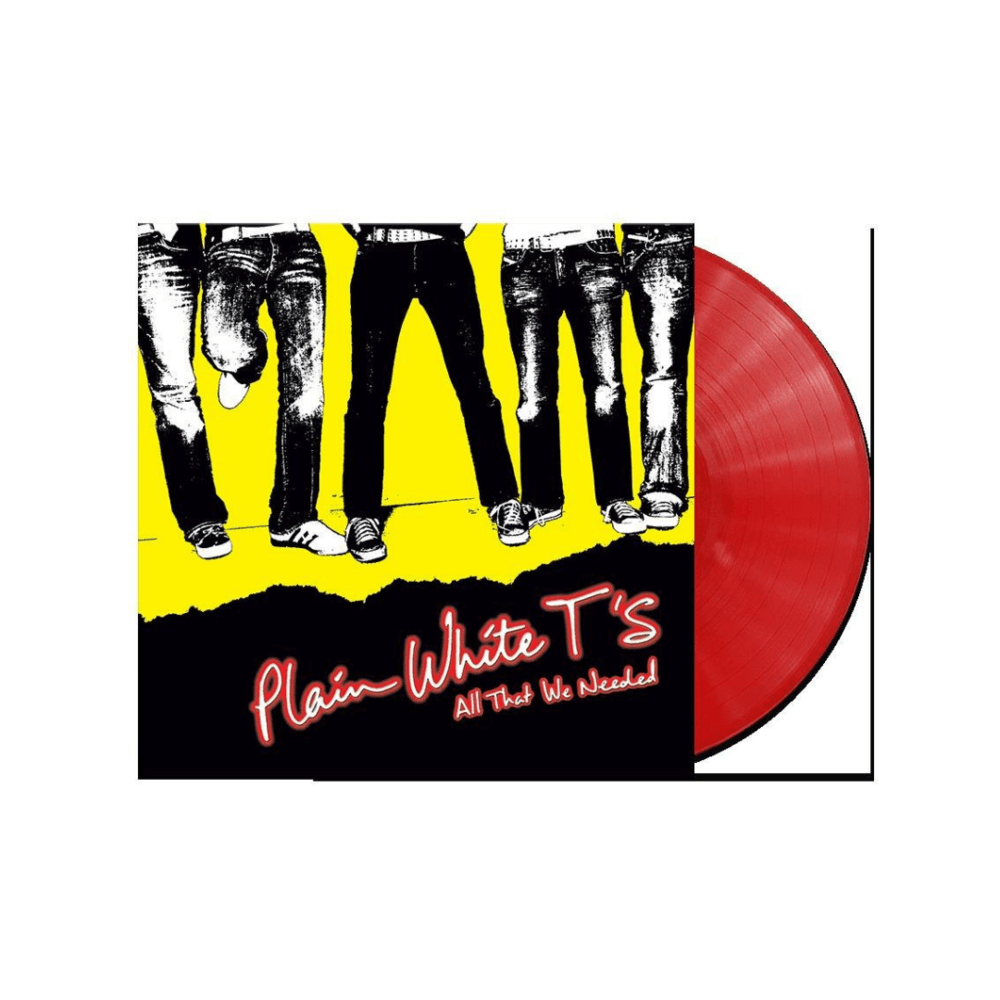 All That We Needed Limited Edition Red

Available for the first time on vinyl, All That We Needed was a pivotal release for massive Chicago rock band Plain White T’s. This album, which is now holds a RIAA Gold certification, was the world’s first introduction to the hit “Hey There Delilah” which was later re-released as a single and now boasts a quadruple-platinum certification and earned the band two GRAMMY Award nominations. This pressing celebrates the 15-year anniversary of the release.


Plain White T’s are an American rock band from Illinois. Since forming in 1997, the group has gone on to produce an enduring, enigmatic catalog which includes two RIAA Gold certified albums, 2005’s All That We Needed and 2006’s Every Second Counts. Their catalog also includes pop ballads such as the double-platinum “1,2,3,4” and the platinum “Rhythm of Love.” While the entire catalog is impressive, the group is best known for their quadruple-platinum hit “Hey There Delilah” which topped the Billboard Hot 100 and earned them their two 2008 GRAMMY Award nominations. Along the way, they’ve also logged countless sold out tours, syncs, and TV appearances – including a recent performance on The Bachelor: Listen To Your Heart.

All That We Needed, the third studio album for Plain White T’s (and their first with their current lineup – singer Tom Higgenson, lead guitarist Tim Lopez, rhythm guitarist Dave Tirio, and bassist Mike Retondo), was a pivotal release for the band’s career. This was the band’s second release for Fearless Records, a follow up to 2002’s Stop. This album was the world’s original introduction to the hit “Hey There Delilah” which was later re-released as a single, topped the Billboard Hot 100 chart, and now boasts a quadruple-platinum certification. The massive single also earned them two GRAMMY Award nominations in 2008 – Song of the Year and Best Pop Performance by a Duo or Group. This pressing celebrates the 15-year anniversary of the release.