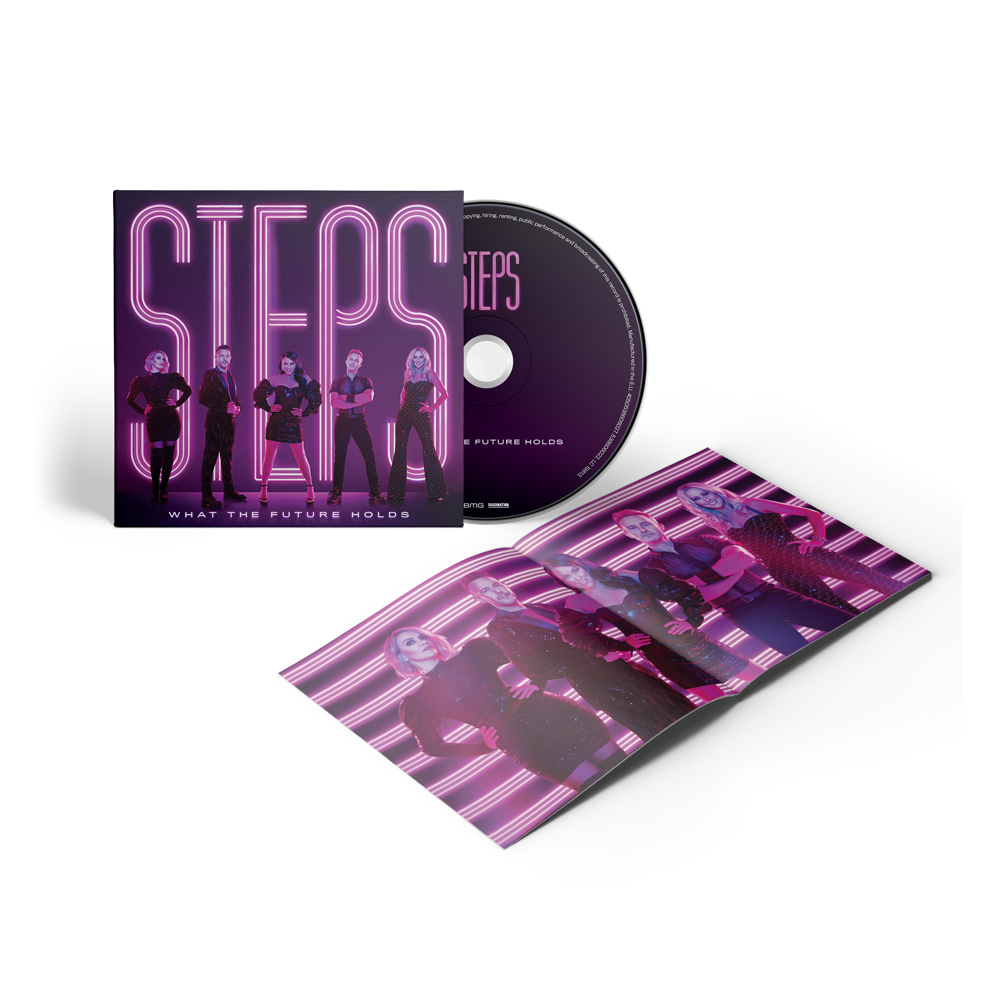 What The Future Holds CD Album

Three years after they staged the UK’s most successful comeback of the decade, enduring pop legends Steps – aka Claire, Faye, H, Lee and Lisa – return once again with their new album, What The Future Holds, to be released on November 27th 2020.

Their most ambitious album to date, What The Future Holds showcases the big melodic choruses of their top-tier bangers but also brings back the harmony-laden ballads and some atmospheric mid-tempos. What the Future Holds is the best distillation of Steps so far; an album that shows both a deeper shade of blue and a brighter future. Their 6th album sees them reunite with writers such as Fiona Bevan (One Direction, Lewis Capaldi), Ina Wroldsen (Shakira, Britney Spears) and Karl Twigg (who worked on their first three albums) plus experiment with songs written by the likes of Greg Kurstin (Adele, Beyonce), Hannah Robinson (Kylie) and new pop shape-shifters such as Gracey and MNEK.

Launching during the halcyon days of pop in 1997 with their line-dancing classic 5,6,7,8, Brit award winners Steps set about re-turfing the music landscape via 14 UK top 10 singles and three multi-platinum albums in three years including #1’s Tragedy and Stomp. Fast forward twenty years, the band returned with the mighty Tears On The Dancefloor, which went Gold within a matter of weeks, becoming the second biggest-selling independent album of 2017 behind Stormzy.