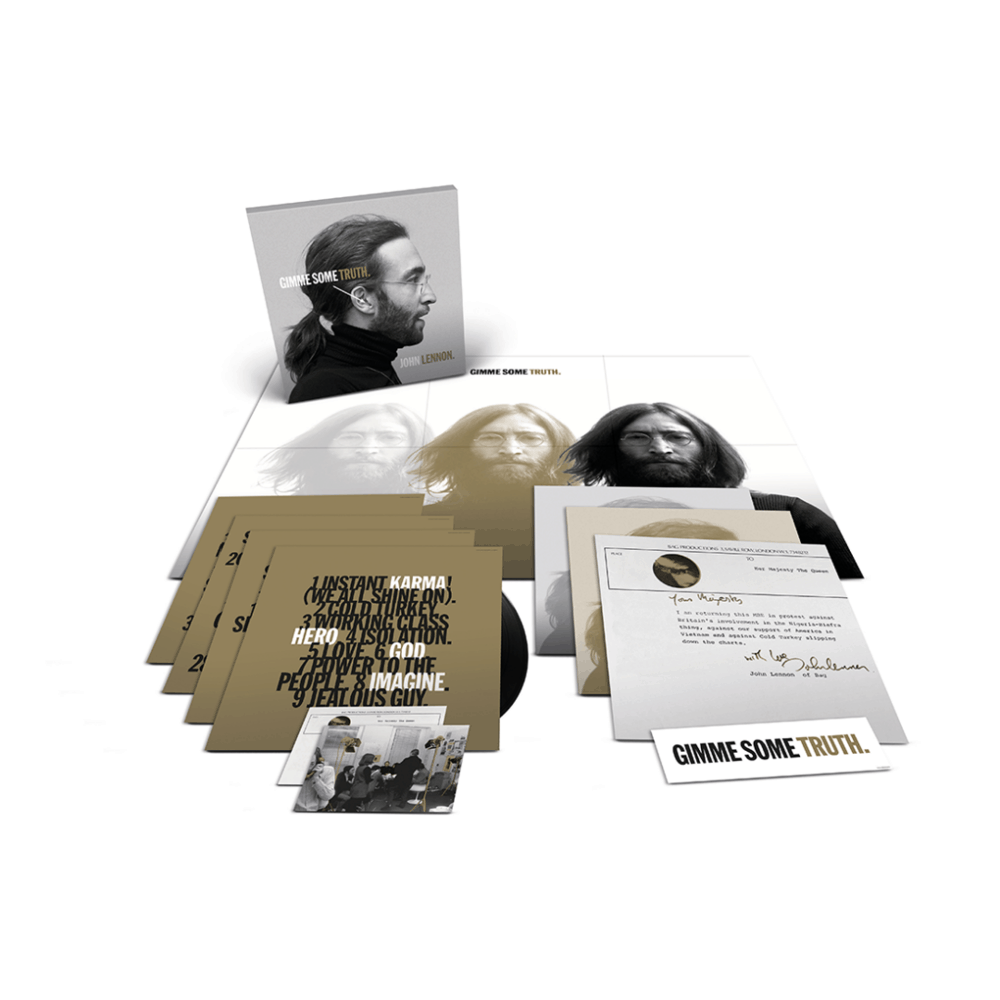 
John Winston Ono Lennon would have been 80 on October 9th 2020.  In celebration of his life and the incredible pleasure his music has brought to millions in his lifetime, a new Best Of will be released.  A multi-format collection, entitled GIMME SOME TRUTH., this set has been personally curated by the Lennon estate and mixes the biggest hits like the classic and timeless “Imagine”  with campaigning songs such as “Give Peace A Chance” and the evergreen classics like “Happy Christmas (War Is Over)” and is culled from all of his solo albums including the posthumous “Milk And Honey”.

John Lennon is simply one of the most recognised and respected musicians of the modern era.  As one half of perhaps the most successful songwriting partnerships of all time he deserves his place in history.  That this partnership was with Paul McCartney in The Beatles means that he is also one of the most successful recording artists in history.  With every succeeding generation falling for their genius, their legend continues to grow and they dominate the pop landscape.

Their split in 1970 allowed each of the band members, by now literally some of the most famous people on the planet, to find their own voice as solo artists and to grow beyond the confines of the band.  For John Lennon, this meant throwing himself headlong into life with his new wife, Yoko Ono and eventually a new life in New York City.

Being a solo artist meant that he could delve deep within himself and realise music that was both deeply personal and challenging and which sometimes required a commitment from the audience too.  His songs during his solo career mixed accessible pop melodies with sometimes stark and heart-rending simplicity and all points inbetween.  His lyrics ranged from deep introspection and self-analysis to subjects that were more concerned with politics (of self, of relationships, of the campaign for peace, of the place of mankind as well as global politics).  After a first rush of creativity, he took a step back from the limelight to care for his son, Sean, at home in New York, but when he was ready he returned to recording with one of his most successful and impactful albums.  Double Fantasy, preceded by the single (Just Like) Starting Over had been released  the month before his life was tragically cut short on 8th December 1980.   But this album joins the rest of his solo canon as testament to one of the truly great and truly iconoclastic musicians and personalities of the era.