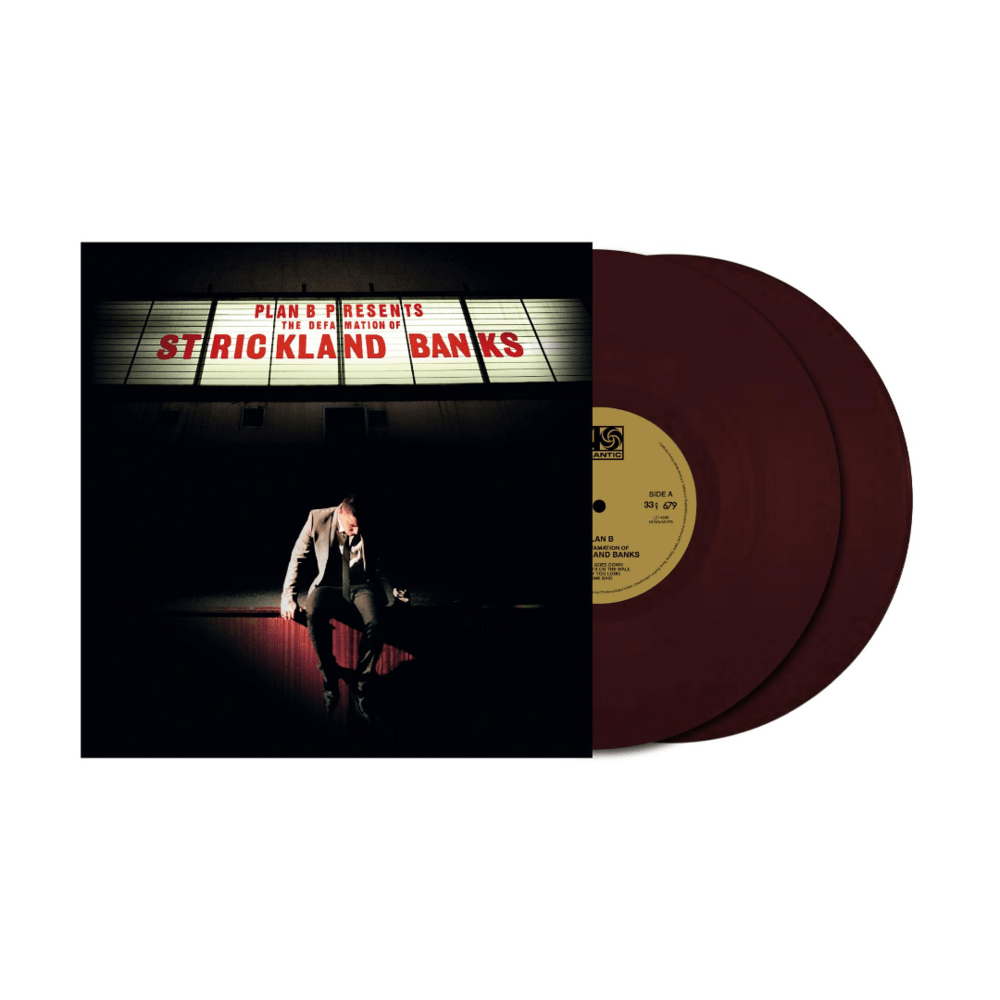 To celebrate the 10th Anniversary of The Defamation Of Strickland Banks, the limited edition 2LP ox-blood vinyl product is released on National Album Day.

A truly defiant figure in the world of music, Plan B’s diverse creativity is inexhaustible. His raw, incendiary debut album, Who Needs Actions When You Got Words broke new ground for UK hip hop in 2006, a loud, proud, obscenity-riddled scream of anger and pride from the streets of East London. But a part of Ben always stayed faithful to the soul he’d first heard as a child, and his sophomore album The Defamation Of Strickland Banks saw him marry the two together with astounding success, achieving quadruple-platinum status, hitting the #1 album spot and selling over 1.4 million copies in the UK alone, plus seeing him win both a BRIT and three Ivor Novello’s. His 2012 directorial debut (and accompanying album) iLLManors saw him smashing boundaries with his creative style of overlapping stories and interweaving rap-narrative, boldly addressing socio-political issues with his often brutal cultural commentary, seeing Ben nominated for his fifth BRIT Award, being nominated for his first Mercury Music prize, and once again hitting #1 in the UK album chart.