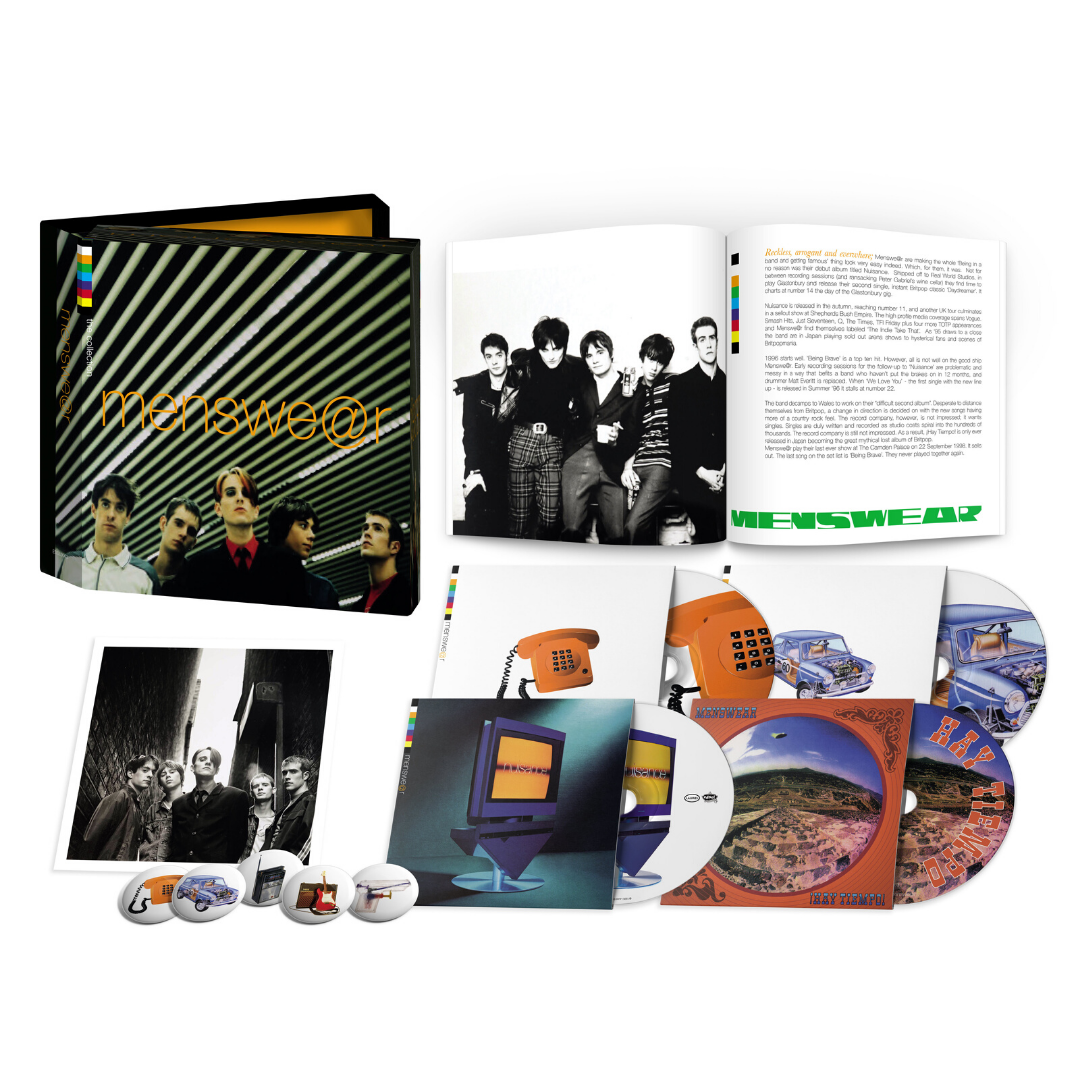 They delivered a string of UK Top 20 singles: ‘I’ll Manage Somehow’, ‘Sleeping In’, ‘Stardust’, ‘Being Brave’ and the undeniable Britpop classic ‘Daydreamer’. While the speed of their success surprised some; their style, attitude and riotous live shows defined the times and they became one of the most popular bands of 1995.

Menswe@r played their final show in 1998, and this box set illustrates how much they packed into their short career. This comprehensive collection includes the first demos they ever recorded – lost until now; plus singles, B- sides, remixes, rarities, live tracks and a newly remastered version of their debut album, Nuisance.

It also includes previously unheard demos and tracks written for their second album, 1998’s ¡Hay Tiempo! Only released in Japan, the record is included here in full - and remastered for the first time ever.