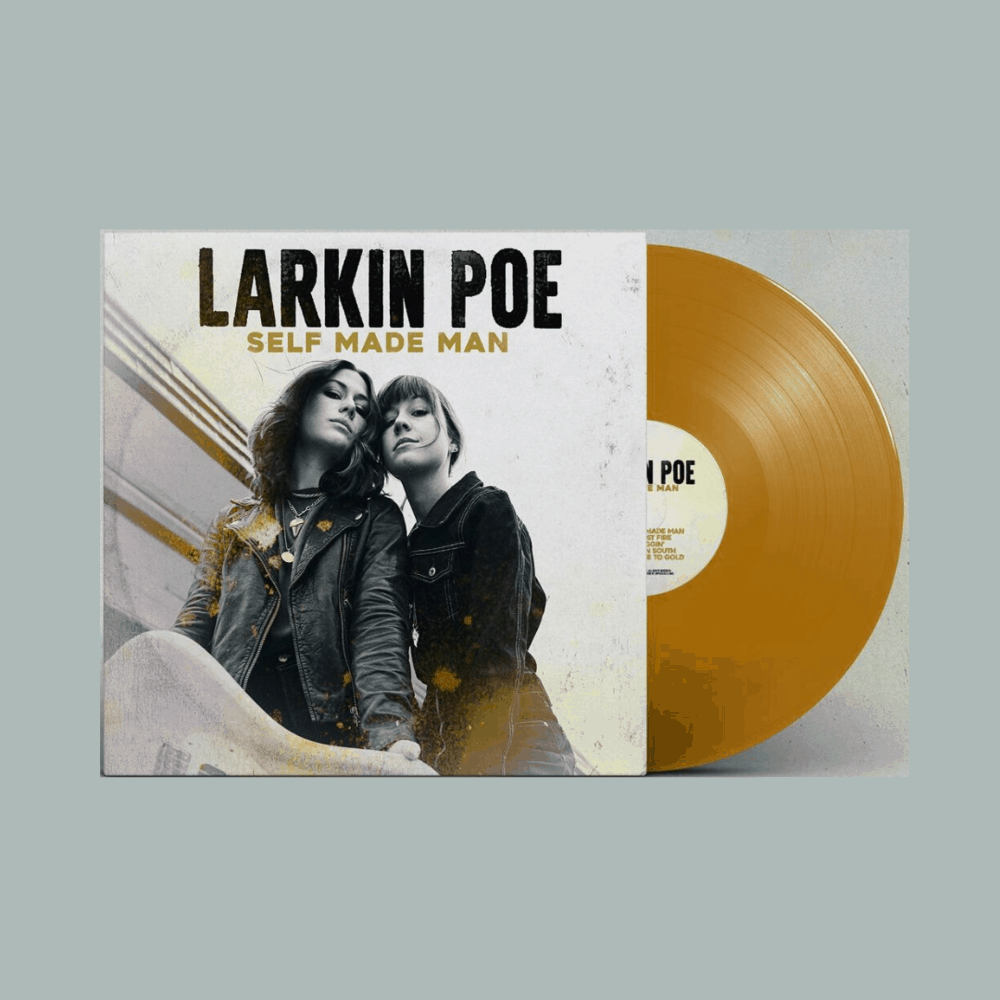 Once again taking the producer reins and releasing on their own Tricki-Woo Records label, SELF MADE MAN, sees the multi-instrumentalist sister duo, comprised of the Atlanta-bred, Nashville-based Rebecca and Megan Lovell, pushing their music and mes- sage towards hitherto unexplored terrain, inspired by their epic world travels yet still powerfully rooted in the creative heritage of their beloved American South. From the thunderous power of the album-opening “She’s A Self Made Man,” through the nostal- gic “Tears of Blue to Gold” and fierce Chicago blues of “Scorpion,” to the front porch jubilation of “Easy Street,” the album is ambitious in both its eclectic, energetic sound and its resolutely welcoming mission, its universal lyrical approach fueled by tradition, invention, and Larkin Poe’s remarkable ability to touch the hearts and souls of their fel- low humans worldwide.