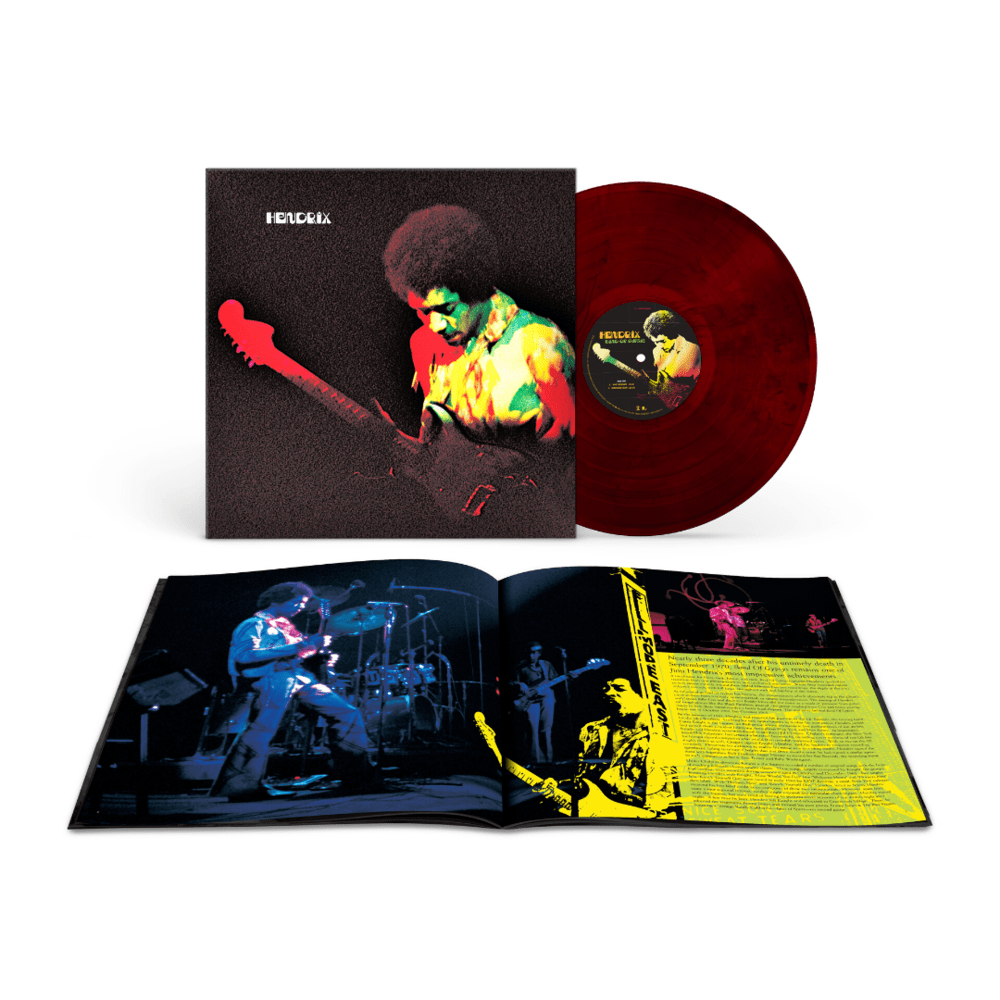 Band of Gypsys was originally released in March 1970, at a time when Hendrix was at the peak of his powers. Featuring a new line up consisting of drummer Buddy Miles and bassist Billy Cox, it was recorded across two performances at the Fillmore East on New Year’s Day 1970. The resulting live album captured an incendiary mix of blues, rock, and funk.

The 50th anniversary edition of Band of Gypsys features an 8 page book featuring rare archival photos and an essay by Hendrix archivist John McDermott, and has been remastered from the original analogue stereo tapes by Eddie Kramer, long time engineer to Jimi Hendrix.  It will be pressed on dark red marble effect vinyl.