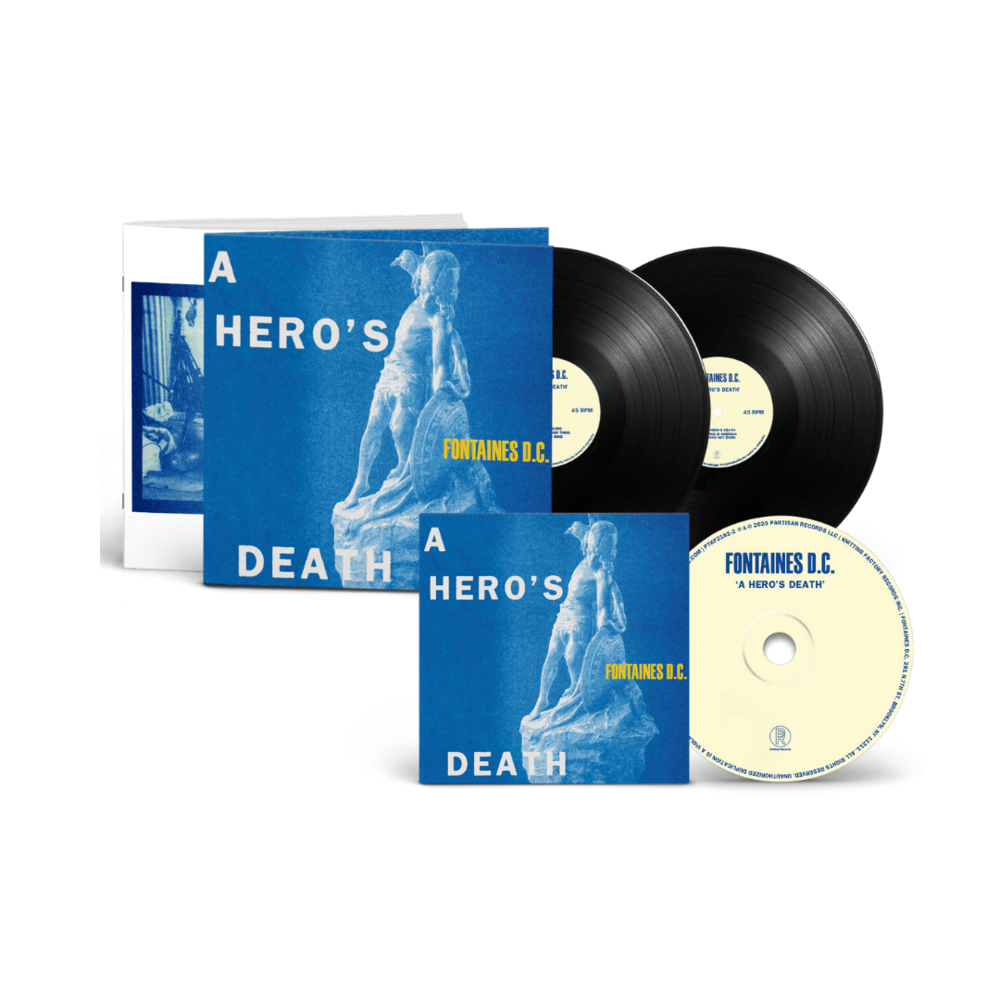 Barely a year after the release of their hugely acclaimed debut album 'Dogrel', which earned a Mercury Prize nomination and Album of the Year 2019 at both BBC 6Music and Rough Trade record store, Dublin’s Fontaines D.C. have returned with an intensely confident, patient, and complex follow up album. 'A Hero's Death' arrives battered and bruised, albeit beautiful - a heady and philosophical take on the modern world, and its great uncertainty.


Tracklisting:
A1 I Don't Belong
A2 Love Is The Main Thing
A3 Televised Mind
B1 A Lucid Dream
B2 You Said
B3 Oh Such A Spring
C1 A Hero's Death
C2 Living In America
C3 I Was Not Born
D1 Sunny
D2 No