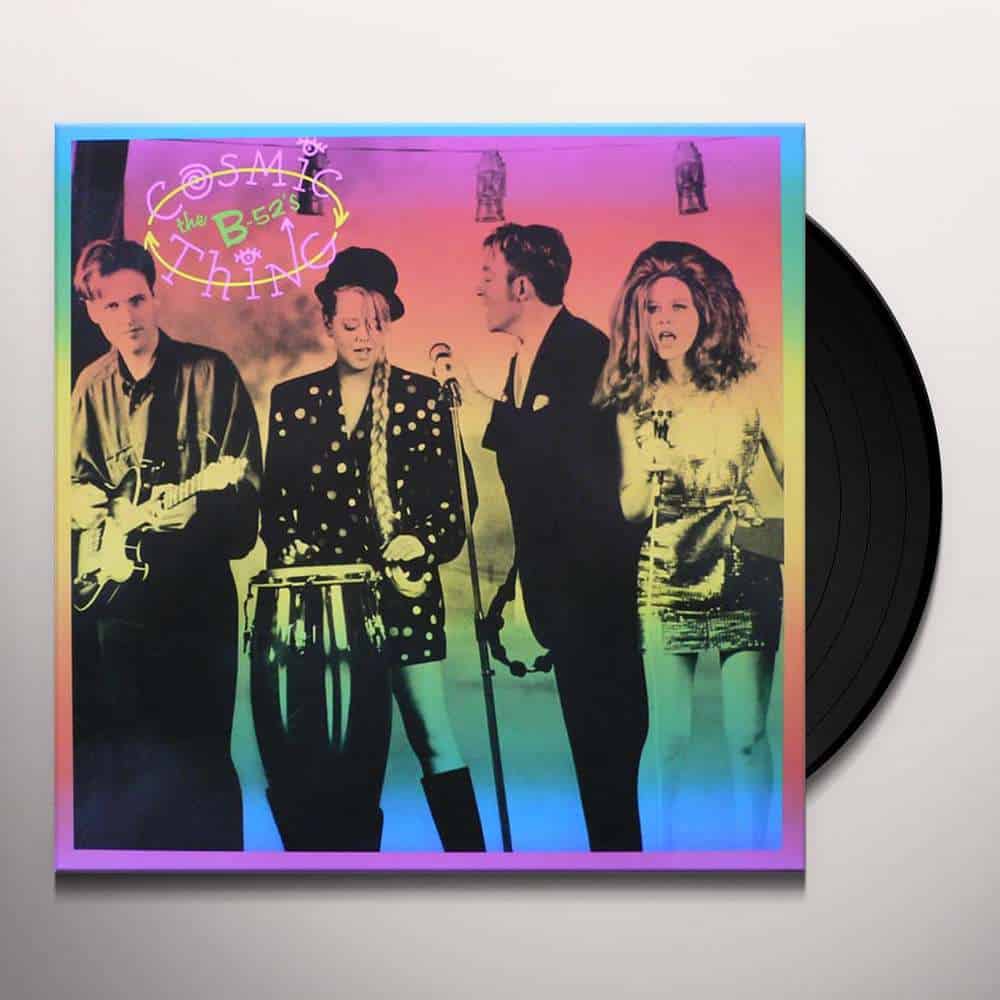 Originally released in 1989, “Cosmic Thing” is the fifth studio album by American new-wave band, The B-52’s. After the death of guitarist, Ricky Wilson in 1985, and the consequential indefinite hiatus of the band, this album re-introduced The B-52’s back into the public eye.

Featuring popular tracks such as “Love Shack” and “Roam” this album, which was produced by both Nile Rogers and Don Was, achieved Top 10 status, in the UK and US as well as charting No. 1 in Australia and New Zealand. The album went on to achieve 4x Platinum certification in the US with over 4 million copies sold, as well as Platinum status in the UK.