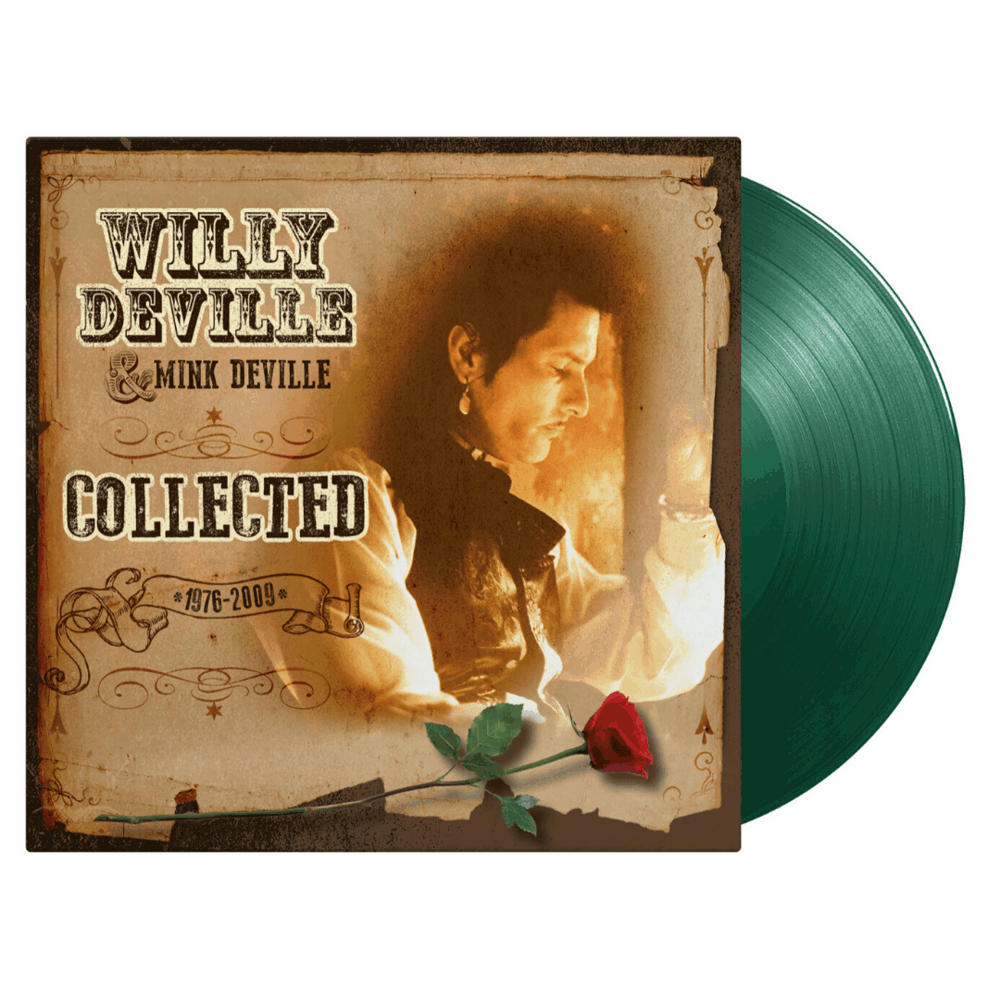 Collected is a compilation of Willy DeVille’s tenure as the charismatic frontman of Mink DeVille, and of his later solo work. Featuring “Spanish Stroll”, “Demasiado Corazon” & “Hey Joe”, this 2LP set includes a 4-page booklet with extensive liner notes written by ex-band members and DeVille’s inner circle. Containing one LP called “The Mink DeVille Years” and the second disc “The Willy DeVille Years”, this 27-song collection is the definitive document of his 35-year career.

Mink DeVille is one of the New York Punk movement founding bands, while having the distinct honor of being CBGB’s house band. Of their debut Cabretta “Spanish Stroll” and “Return To Magenta” (produced by Jack Nitzsche) are included in this compilation. After their third album Le Chat Bleu, Willy was the only original member left. When the sixth Mink DeVille album was released Willy went solo with Miracle, working together with Mark Knopfler. The song “Storybook Love” became a hit because of the film The Princess’ Bride. After a musical journey, DeVille scored a hit with his “Hey Joe” cover in 1992. His last album Pistola was released in 2008 and a year later, Willy DeVille died of pancreatic cancer, aged 58.

Willy DeVille/Mink DeVille Collected is available as a limited edition of 1500 individually numbered copies on transparent green vinyl. The package includes a 4-page booklet with interviews from band-members and more.