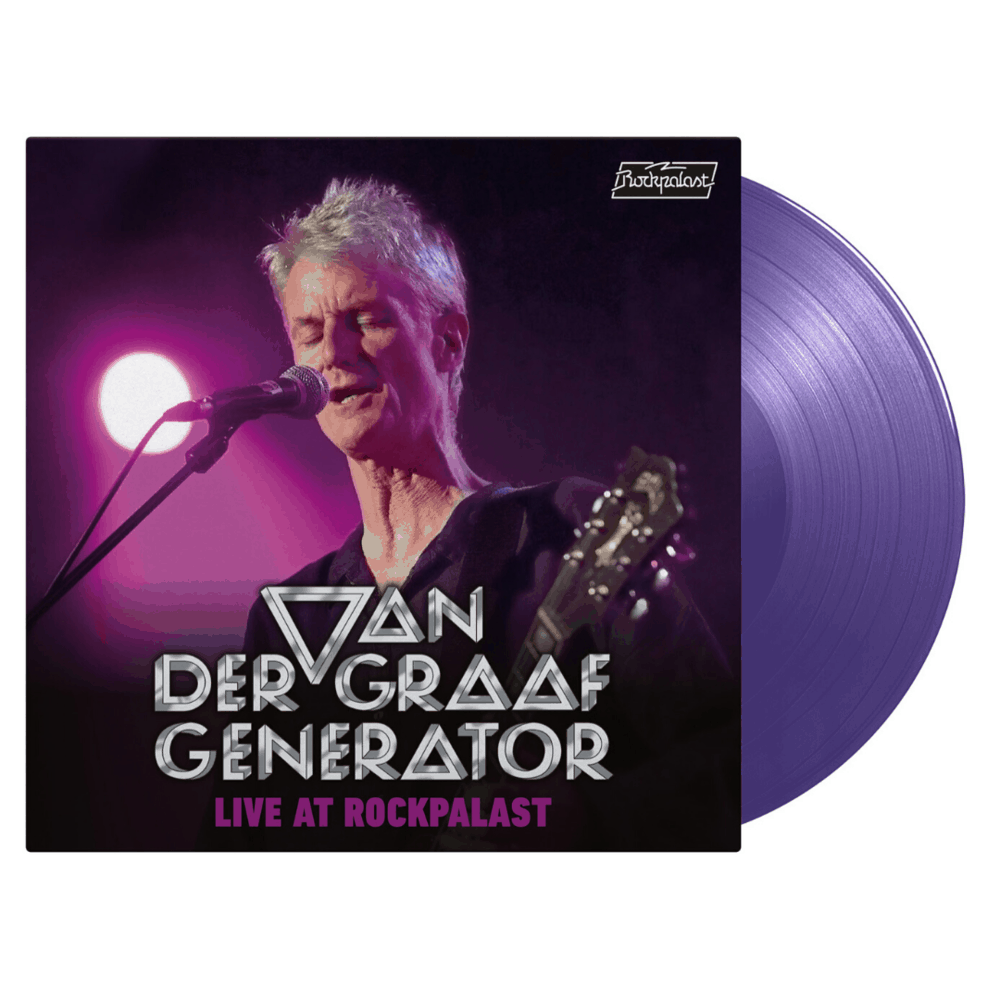 In 2003, the four members of Van der Graaf Generator had toyed with the idea of getting back together again. Following  Peter Hammill’s heart attack also in in 2003, he was not the only one feeling the urge to get that planned project to finally happen. “There had been a strong feeling of unfinished business”, David Jackson remembers. Live At Rockpalast was recorded at the formal setting of the Leverkusen jazz festival in 2005, which suited the group well; always brilliant when playing to a musically aware audience. It is a classic capture of the reformed band on great form.

Available for the first time on vinyl as a first pressing of 1000 individually numbered copies on purple coloured vinyl. The package includes an insert.