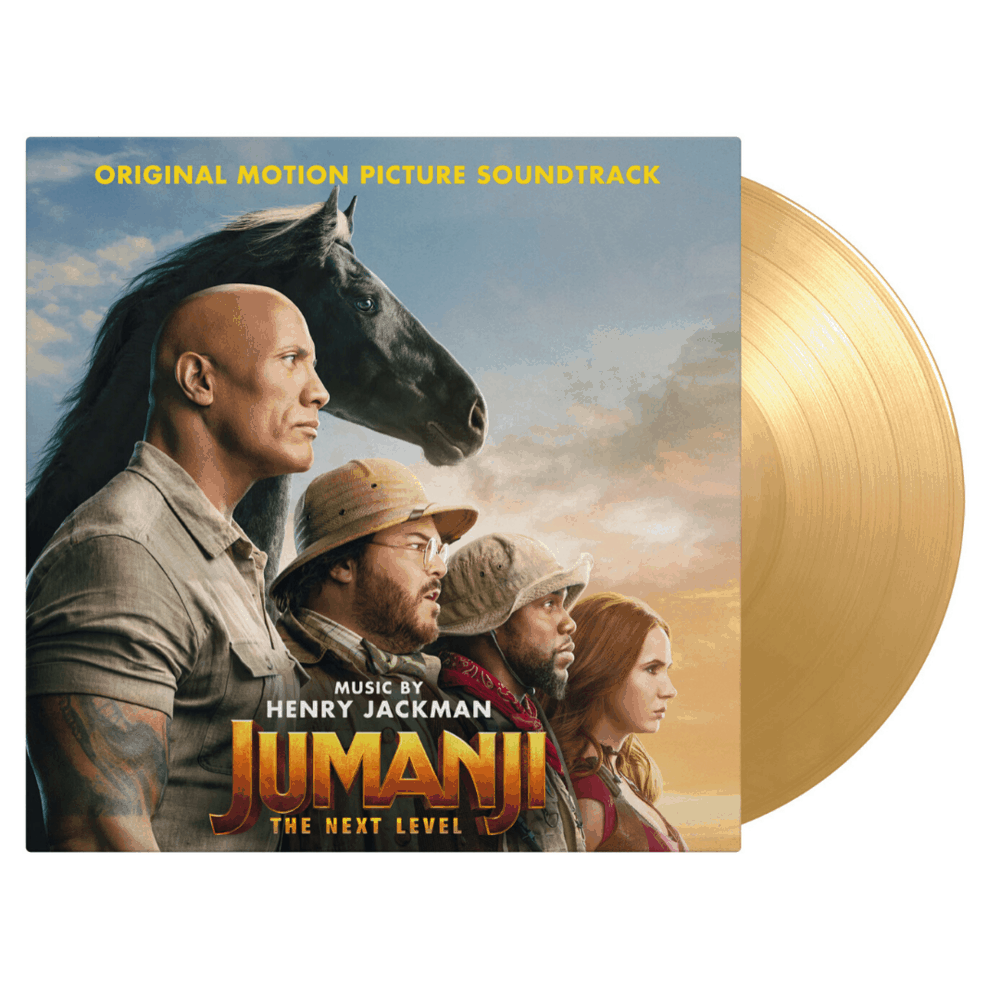 Since original Jumanji composer James Horner is sadly no longer with us, the honor of writing the music was given to Henry Jackman. Just as on the Jumanji: Welcome to the Jungle he created the music for the movie The Next Level. It is a different movie and score, since the main characters in the gaming world are different persons than their real-world counterparts. About “Attack of the Mandrills” Jackman said: “this piece plays over one of the most exciting set pieces in the entire sequel: our heroes race across a series of rickety and shifting rope bridges with an army of rabid primates in hot pursuit. I probably spent about six weeks on that one piece.”

Two-time BAFTA nominee Henry Jackman has won multiple American Society of Composers, Authors & Publishers (ASCAP) Awards for his work on top box office films like “Kingsman: The Secret Service,” “Captain Phillips,” “G.I. Joe: Retaliation,” “Jack Reacher: Never Go Back,” and “X-Men: First Class,” as well as animated features such as ‘Monster vs. Aliens,’ ‘Puss in Boots,’ and ‘Wreck-It-Ralph’ for which he also won an Annie Award.

Jumanji: The Next Level is available as a limited edition of 500 numbered copies on desert sand coloured vinyl. This release includes two exclusive and collectable Jumanji trading cards with images of the main characters. Collect all different eight cards!

1. Flightless Fury
2. The Oasis
3. A Flame From The Past
4. An Unexpected Friend
5. The Jumanji Berry Tree
6. New Powers
7. We Need Camels
8. Ancient Feud

1. Arranged Marriage
2. Chaos At The Palace
3. Bravestone To The Rescue
4. The Battle Of The Zeppelin
5. Beyond The Cloud
6. A Fond Farewell
7. Home At Last