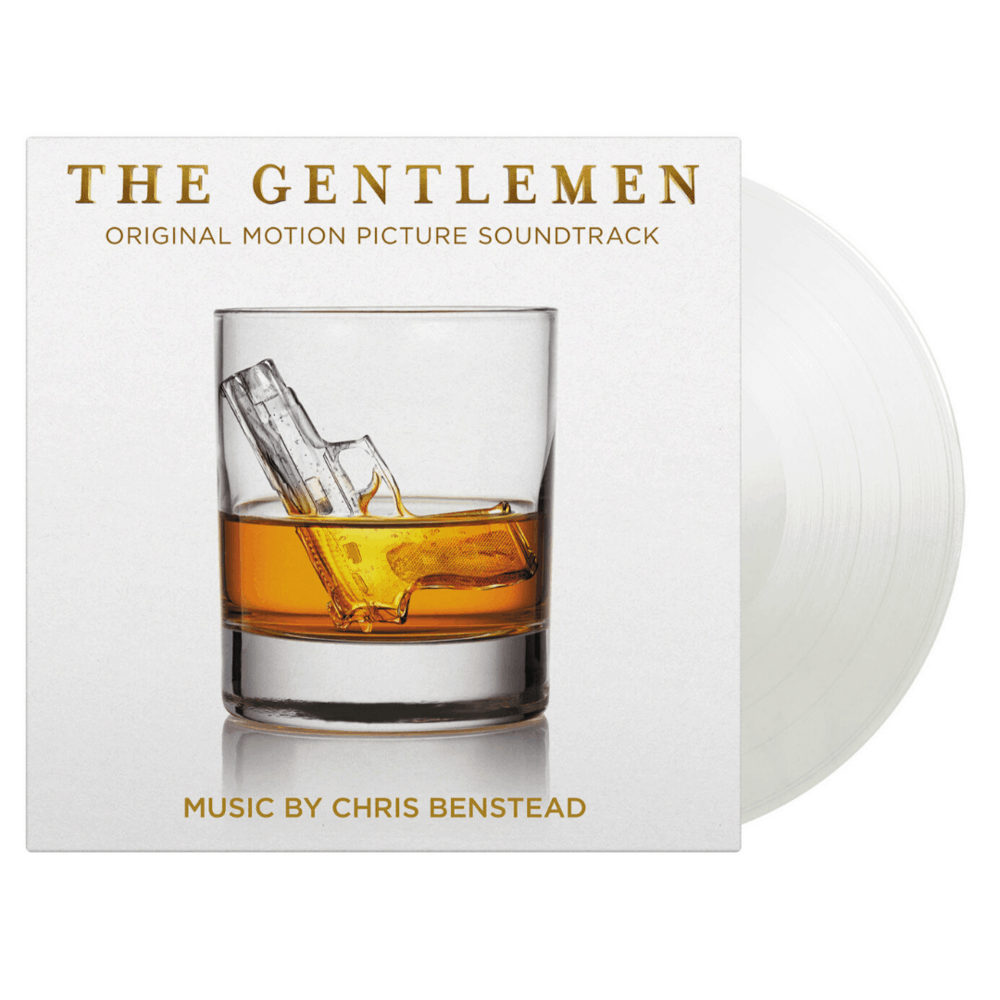 The Gentlemen follows American expat Mickey Pearson (Matthew McConaughey) who built a highly profitable marijuana empire in London. When word gets out that he’s looking to cash out of the business forever it triggers plots, schemes, bribery and blackmail in an attempt to steal his domain out from under him (featuring an all-star ensemble cast including Charlie Hunnam, Henry Golding, Michelle Dockery, Jeremy Strong, Eddie Marsan, Colin Farrell, and Hugh Grant).

This exclusive and extremely limited fan edition contains an XL fold-out movie poster with all main characters from The Gentlemen and a 4-page booklet with credits and cool movie pics. Only 500 individually numbered copies on White Widow coloured vinyl are available.