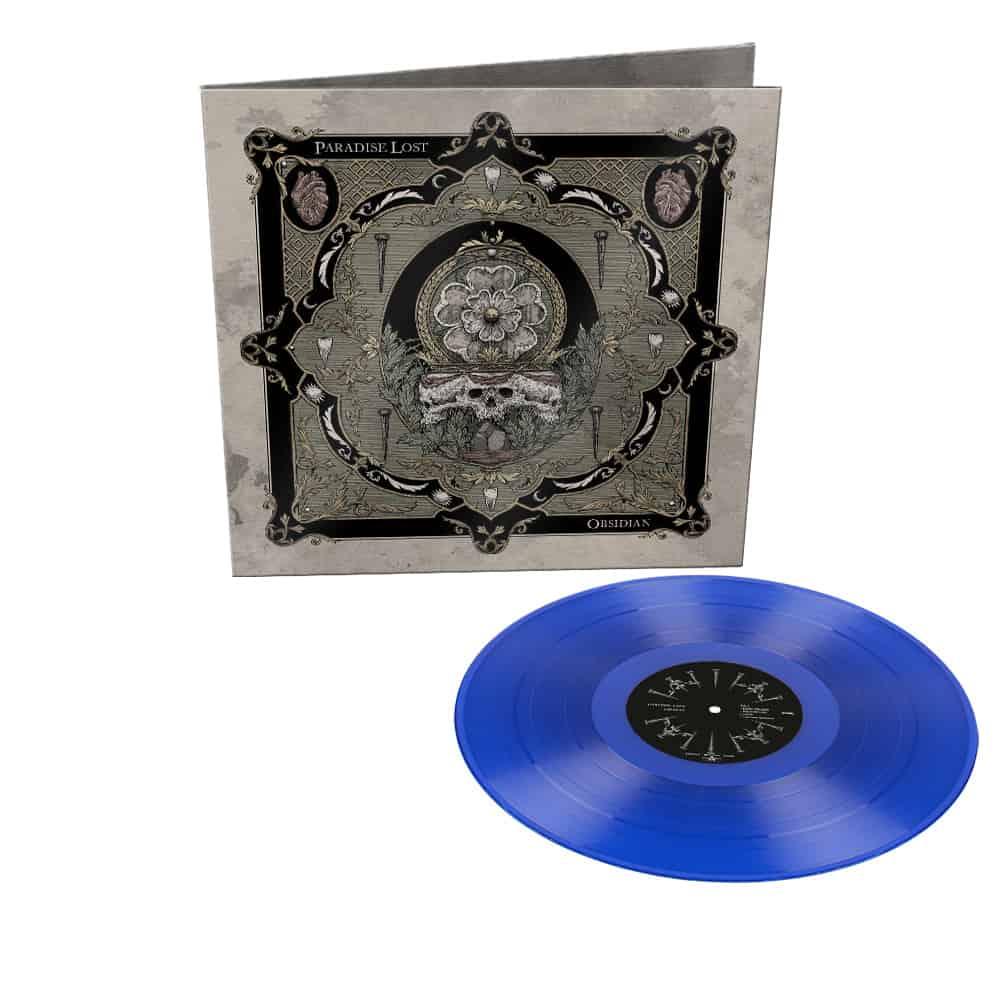 Obsidian… dark, reflective and black: it’s a pretty decent description of the music that Paradise Lost have been making over the last 32 years, even though this most resilient of British metal bands have stoically refused to be pinned down to one easily defined formula. Powered by a lust for creativity and a stout devotion to haunting heaviness, Paradise Lost have defied the odds by coming back stronger than ever over the past decade. In keeping with their unerring refusal to deliver the expected, 2020 brings one of the band’s most diverse and devastating creations to date.

The sixteenth Paradise Lost studio album, Obsidian eschews its immediate predecessors’ gruesome, myopic approach in favour of a richer and more dynamic deluge of black shades. From the deceptive elegance and dual atmospheres of opener Darker Thoughts through to the crushing, baroque doom of war-torn closer Ravenghast, Obsidian reveals a band in masterful control of a broad array of vital ideas. Most noticeably, the record boasts several songs that draw heavily from the much-loved, Kohl-encrusted days of ‘80s gothic rock: in particular, newly-minted PL anthems Ghosts is a guaranteed dancefloor-filler at any discerning goth nightclub.

Produced by the band themselves, with the assistance of noted studio guru Jamie ‘Gomez’ Arellano, Obsidian is another compelling showcase for Paradise Lost’s ever-blazing passion for forging ahead. Fans of the last two albums’ back-to-basics ferocity will be well served by the menacing, scabrous likes of The Devil Embraced and Serenity, while those of a more gothic persuasion will be instantly mesmerised by Ghosts, icy anti-ballad Forsaken and the gloriously morose Ending Days. In between those extremes, Paradise Lost continue to warp the edges of their long established musical identity, resulting in some of the boldest and most adventurous songs of their career to date. Nobly upholding his band’s mystique, Holmes remains reluctant to unpick the details of his lyrics, but Obsidian is clearly an album with a lot on its troubled mind.