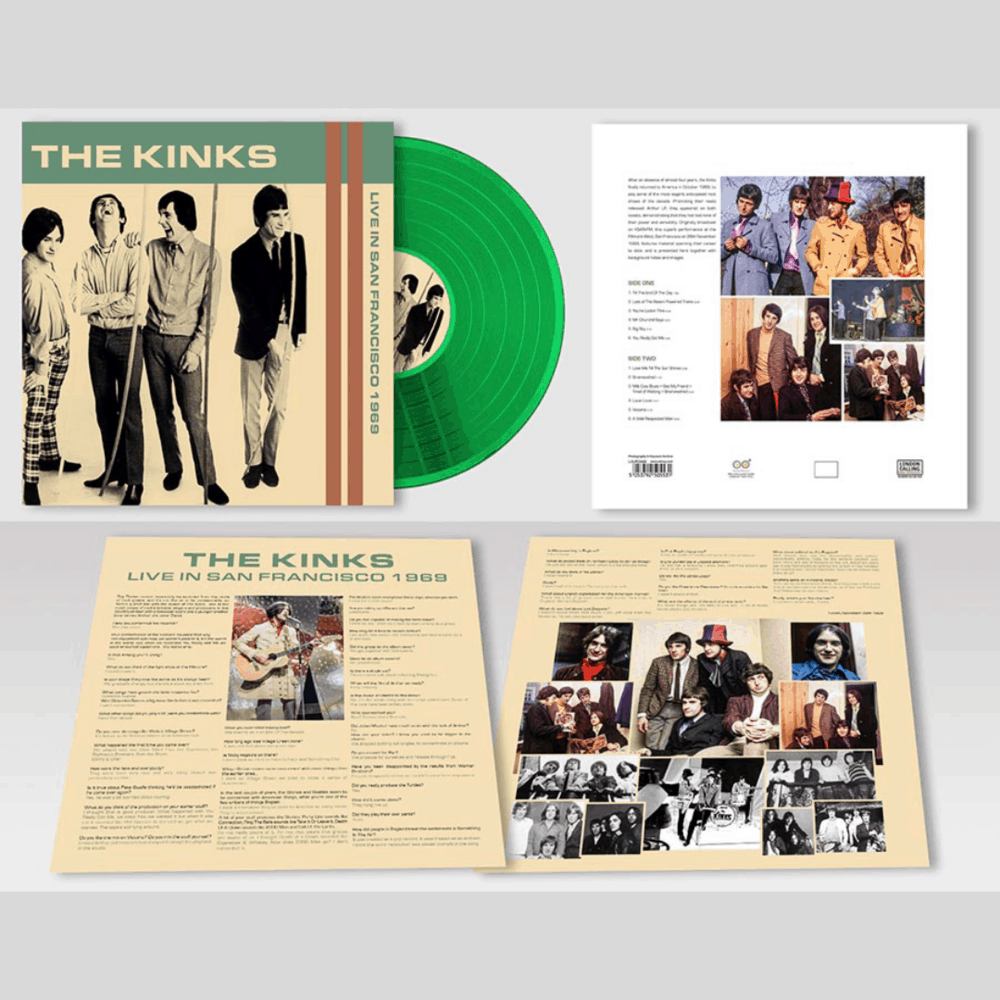 The Kinks, live from the Fillmore West, San Francisco on 29th November 1969.

After an absence of almost four years, the Kinks finally returned to America in October 1969, to play some of the most eagerly anticipated rock shows of the decade. Promoting their newly released Arthur LP, they appeared on both coasts, demonstrating that they had lost none of their power and versatility. Originally broadcast on KSAN-FM, this superb performance at the Fillmore West, San Francisco on 29th November 1969, features material spanning their career to date, and is presented here together with background notes and images.