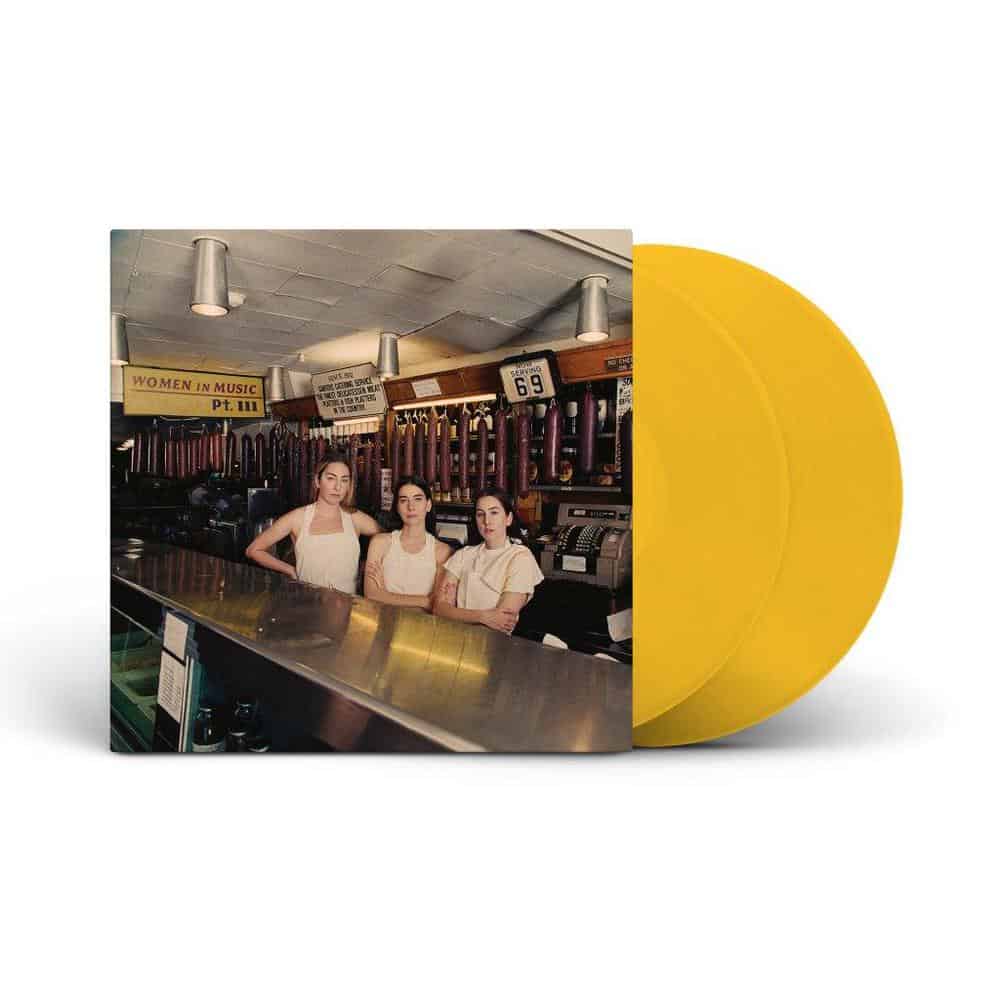 Women In Music Pt. III is album No.3 from Haim,  who are Los Angeles sisters Este, Danielle and Alana Haim.  Album cover was shot by family friend and frequent collaborator Paul Thomas Anderson.

Speaking on the album title, Danielle shares, “the name came to me in a dream and I woke up laughing so I told my sisters.” Alana adds, “I liked it because we are literally women in music and we always get written about that way, so it seemed cool to make it our own and control the narrative. It made me think about some of our experiences more.”And Este says, “I just thought it was funny, plus the initials are WIMP3. Wimp is a hilarious word.”