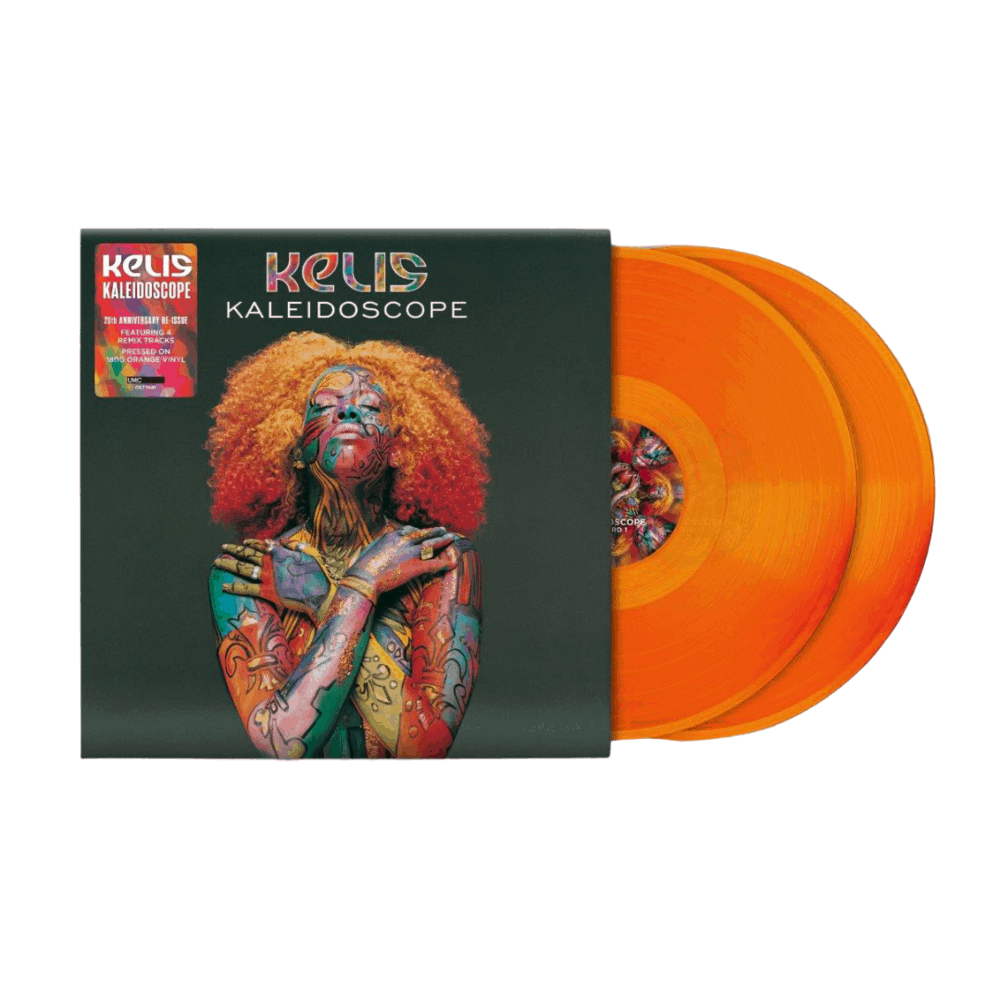 Kaleidoscope is the debut studio album by American singer, songwriter and chef Kelis. It was released on 7th December 1999 by Virgin Records and was produced entirely by The Neptunes (Pharrell Williams & Chad Hugo). The album performed well in international markets, including the United Kingdom, where it was certified gold. Kaleidoscope charted on the US Billboard 200, In Europe all three singles; “Caught Out There”, “Good Stuff”, and “Get Along with You” — attained commercial success.

After reaching number 52 on the UK Singles Chart on imports alone, “Caught Out There” was given a proper release in the UK, eventually peaking at number four.  “Good Stuff” also proved a success, reaching number 19 on the UK chart.  The third and final single from the album, “Get Along with You” also charted. As well as producing the album Williams and Hugo also feature on album track Ghetto Children where Slick Rick is a co-writer. Album guest features also include Pusha-T, Markita & Justin Vince.

To celebrate the album’s 20th Anniversary Kelis is releasing a double LP on orange vinyl. This vinyl reissue will feature 4 alternative versions of the tracks Caught Out There & Get Along With You, all on vinyl for the first time.