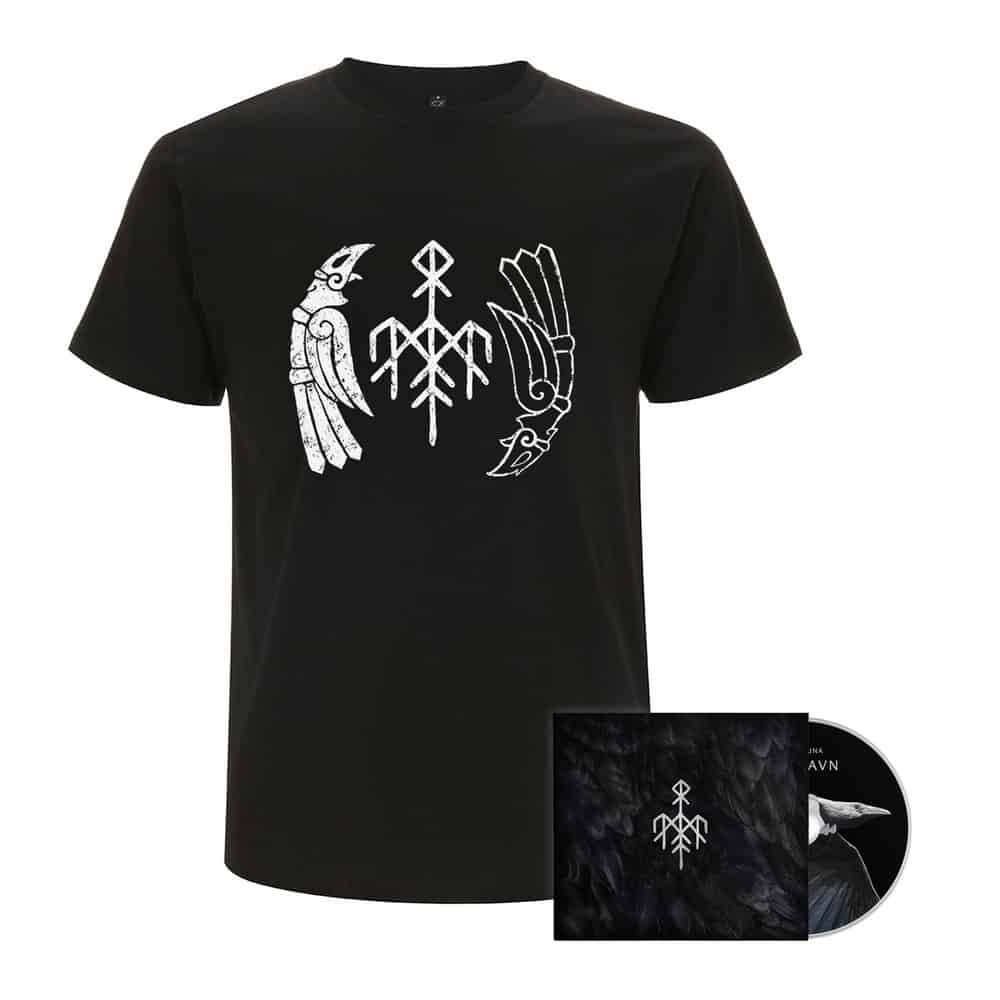 Masterful Norwegian storytellers Wardruna reveal the release date and title of their brand-new album, Kvitravn, incoming on Sony Music/Columbia Germany for the world (partnering with Music for Nations for the UK), on 5th June.

Following an intensive period in the studio, Kvitravn musically continues where the Runaljod trilogy left off, yet it marks a distinct evolution in Wardruna's unique sound. In a rich musical tapestry, Wardruna use a broad selection of both traditional and historical instruments such as Kravik-lyre, Trossingen-lyre, Taglharpa, Sootharp, Langeleik, Crwth, Goat-horn, Lur, Bronze-lur, flute, Moraharpa, and the record also features guest appearances by a small group of prominent traditional singers, spearheaded by Kirsten Bråten Berg, one of the most important custodians of Norwegian traditional song. Throughout eleven songs, Kvitravn discusses Northern sorcery, spirit-animals, shadows, nature and animism, the wisdom and meanings of certain myths, various Norse spiritual concepts, and the relation between sage and songs.

About the new album, Wardruna founder Einar Selvik reveals, "To recite and copy the past is not very difficult, but to understand and integrate ancient thoughts, tools and methods with real purpose into a creation that is relevant to the modern era is truly challenging and remains our prime goal in our work"; He continues, "although the album carries a variant of my own totemic artist name, it has, in this context, little to do with me but rather refers to the symbolism and legends of sacred white animals found in Nordic and other cultures all over the world. These highly regarded ghostly creatures, whether a raven, snake, bear, moose, reindeer, elephant or lion - are in animist traditions seen as prophetic, divine messengers, and guardians representing renewal, purity and a bridge between worlds”.

Wardruna have carved a rich, polyphonic and dramatic musical landscape that honours the ancient past without gimmick, whilst simultaneously illuminating meaningful expressions of Norse tradition through intrinsically detailed contemporary composition. Beyond genre, theirs is a sound that must be truly experienced.