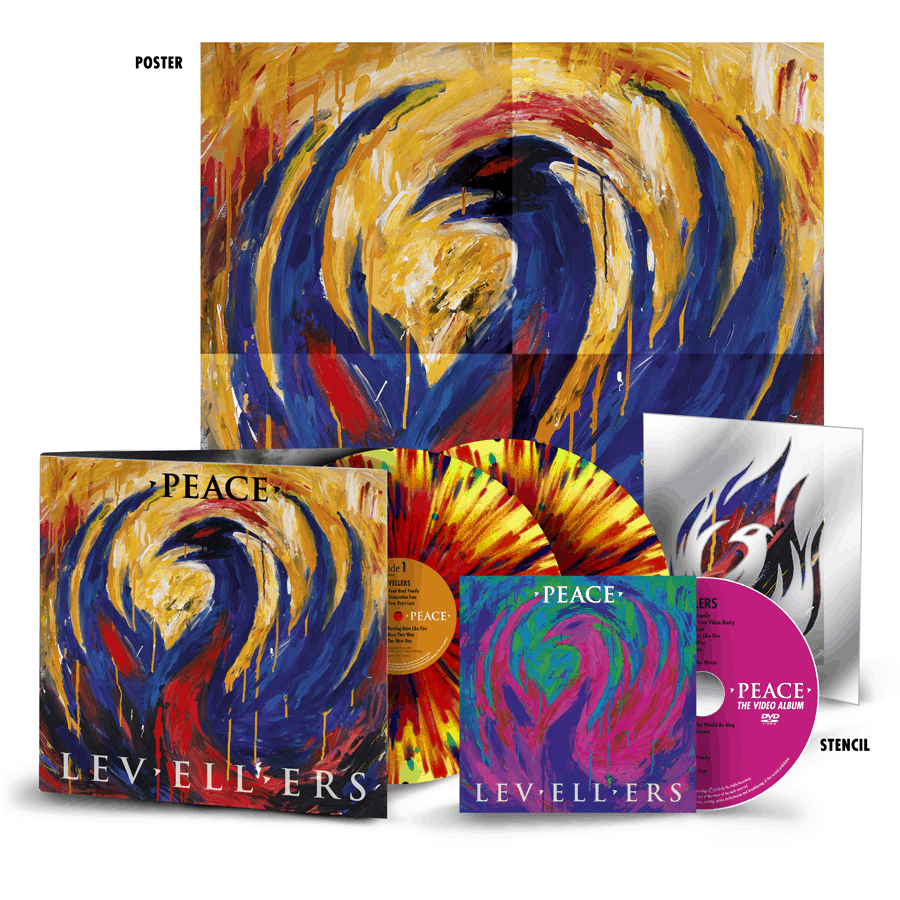 Peace: a word that’s both direct and loaded with meaning. On the surface, it suggests tranquility, evenness, a state of bliss already achieved. But the word that gives the Levellers’ 11th studio album its title is open to a multitude of interpretations, too. It could be a reference to a disappearing value. It could be a sneering statement of irony. It could be a cry for calm in a crazed world. It could mean whatever you want it to mean.

Peace is the most relevant album of 2020. Its 11 electrifying songs are a charged reaction to a world that seems to be teetering on the edge of madness and self-destruction. The environment is buckling under the weight of humanity’s disregard, right-wing demagogues are spreading hatred and fear across supposedly civilised nations, society and culture is trapped in a death spiral that’s playing out in real time across social media

It’s been a long journey to get here. Peace arrives almost eight years since the Brighton band’s last album of original material, 2012’s Static On The Airwaves. Produced at the band’s own Metway Studios by longtime collaborator Sean Lakeman, Peace possesses the clarity and directness of early Levellers classics such as their 1990 debut album A Weapon Called The Word and its landmark follow-up, Levelling The Land.

The Levellers have always been outsiders, even during that brief period when they found themselves in the mainstream spotlight in the 1990s. The margins are where they belong, and it’s where they’re happiest. But being outsiders doesn’t mean irrelevance. In the 30 years since they announced themselves with A Weapon Called The Word, the Levellers have created their own self-sufficient world, one that includes everything from their studio to their own festival. The fire that fuelled them 30 years ago is far from being extinguished. With Peace, that fire burns brighter than ever.Peace Super Deluxe 180g Marble Double Vinyl, including Vinyl of Bonus tracks, plus DVD, Stencil, Poster Insert & Numbered (SIGNED)