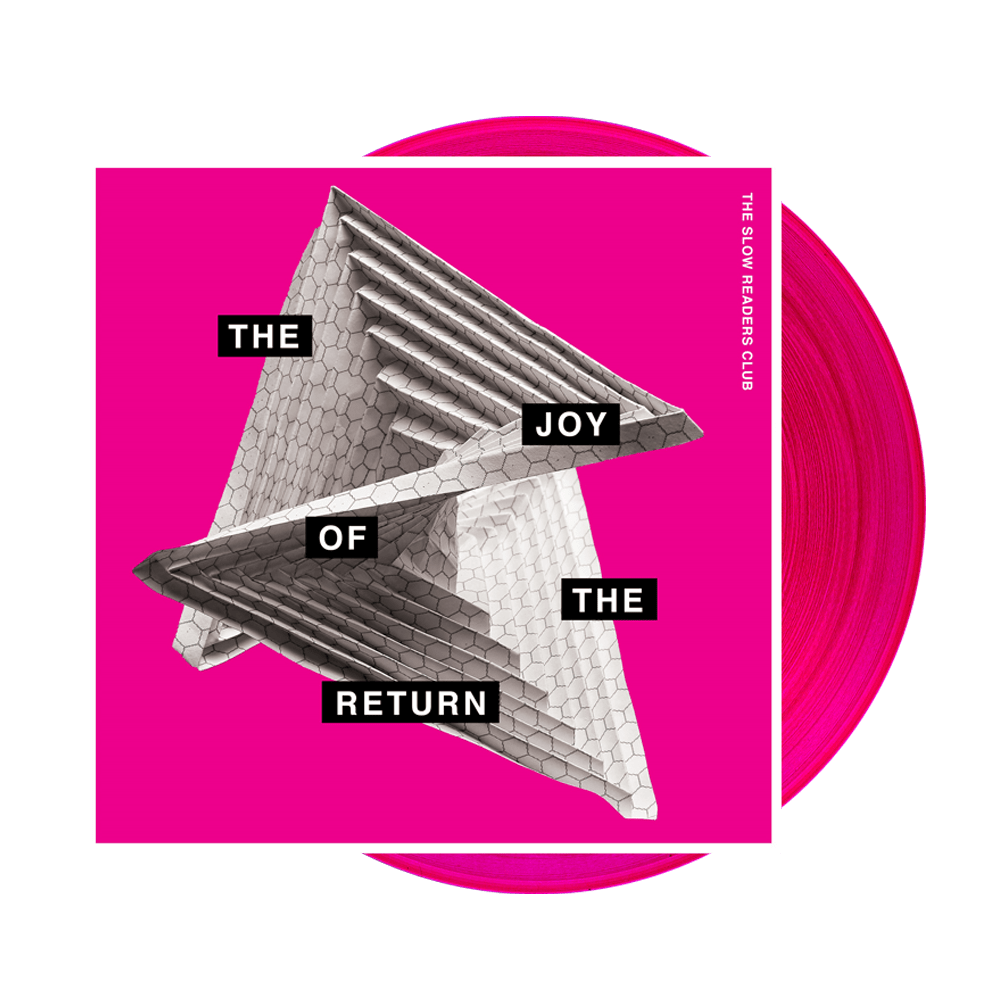 The Joy Of The Return Magenta

Manchester’s The Slow Readers Club have announced their fourth album, The Joy Of The Return, out on March 20th via Modern Sky UK. The band have also shared their new single, ‘All I Hear’, the first track to be taken from the album, alongside details of an extensive UK & EU tour starting in March.

Opening to an energetic blend of driving drums and infectious guitar lines, the track builds through evocative verses and anthemic choruses, imbued with their idiosyncratic brand of insightful and confronting lyricism and set against relentlessly danceable and energy-provoking instrumentation. “‘All I Hear’ is about a lack of agency and an inability to affect change. That there’s something happening, and you have no choice but to go along with it,” explains singer Aaron Starkie.

Throughout the album, the band explore a vast swathe of sonic territory, from the passionately delivered ‘All The Idols’, to the poppier tones of ‘Jericho’ that power through with bright indie guitar lines and ethereally melodic choruses.

Recorded at Parr Street Studios in Liverpool and produced by long-standing collaborator Phil Bulleyment, The Joy Of The Return marks a significant change in the band’s process, with their extensive touring allowing them time to write and develop tracks and arrangements through soundchecks and back-of-van jams.

“I think it’s definitely our most interesting and accomplished record musically,” says singer Aaron Starkie. “Lyrically the album covers love, alienation, the rise of right wing populism and comments on algorithm driven propaganda. And as always, I try to deliver those lyrics with uplifting melody.”

The dark power-pop that defined their previous releases holds a strong influence, with the brooding ‘No Surprise’ providing a powerful dose of evocative lyricism amid immersive soundscapes, while the unsettling ‘Paris’ is an undulating exploration of observational songwriting and eclectic musicality.

The swelling, arena-sized ‘Zero Hour’ displays the enormity of The Slow Readers Club sound and sets the precedent for their incredibly exciting future, while ‘The Wait’ closes the album with a beautifully absorptive combination of atmospheric synths flipping the pace of the record on its head to intoxicating effect.

The announcement of the album comes on the back of another huge year for the band, which saw them play a mammoth, 32-date European tour, and a number of sold out UK shows including London’s The Dome and two consecutive nights at Manchester’s The Ritz following the release of their critically acclaimed third album, Build A Tower.