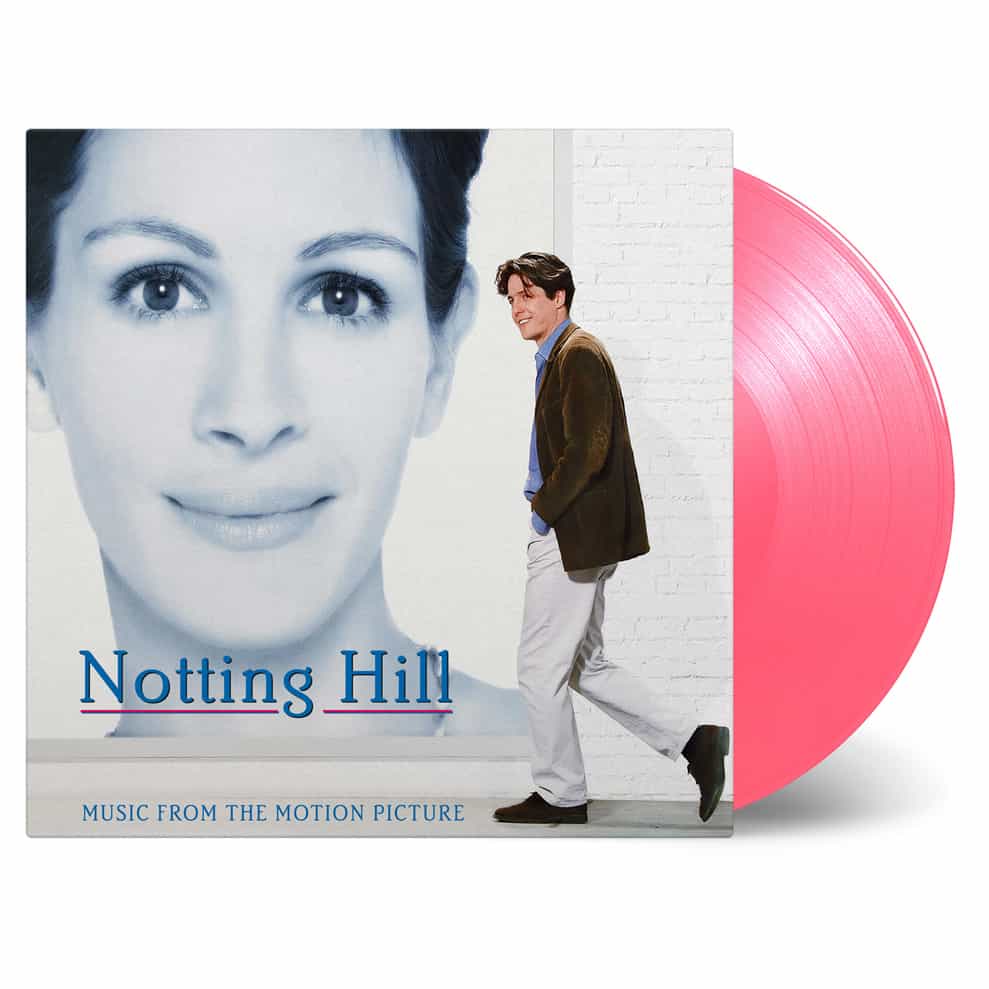 Notting Hill is the 1999 romantic comedy classic which was well received by critics and became the highest grossing British film released in that year. The soundtrack to the Julia Roberts and Hugh Grant movie is another classic formula. It offers everything a Romantic movie needs, from Elvis Costello and Al Green to Shania Twain and Bill Withers. What counts is the mix of those oldies and some new songs. The original music was composed by Trevor Jones.

The 21th anniversary is available as a limited pressing of 1000 individually numbered copies on translucent “pink heart” coloured vinyl. Julia Roberts face on the gatefold sleeve got a velvet touch.

*Bonus tracks not included in the film