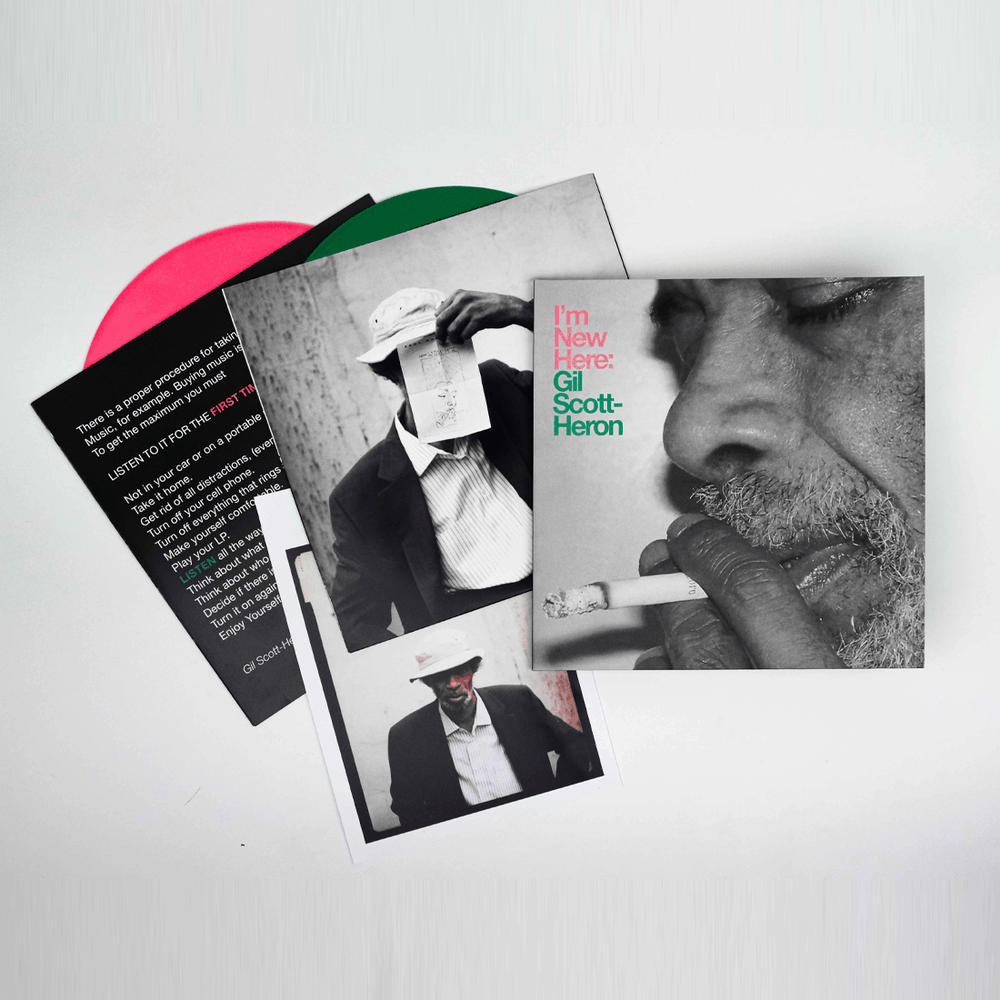 In February 2010, the late, legendary musician, poet and author Gil Scott-Heron released his thirteenth, and last, studio album. First conceptualised in 2005, and ultimately produced by XL Recordings head Richard Russell during New York recording sessions that commenced in January 2008, I’m New Here was Scott-Heron’s first album in thirteen years and found him sounding as vital, boundary-pushing and insightful as ever before. On 7th February 2020 - the tenth anniversary of I'm New Here's release - XL Recordings will release a limited-edition, expanded version of the album.

In addition to the original album, the I'm New Here 10th Anniversary Edition features two unreleased tracks - a cover of Richie Havens’ 'Handsome Johnny’ and a previously unheard Scott-Heron song 'King Henry IV’ - as well as a selection of other recordings from the original I’m New Here sessions that were only previously available on a rare, vinyl only deluxe version of the LP.

On Coming from a Broken Home (Pt. 1)
Me and the Devil
I'm New Here
Your Soul and Mine
Parents (Interlude)
I'll Take Care of You
Being Blessed (Interlude)
Where Did the Night Go
I Was Guided (Interlude)
New York Is Killing Me
Certain Things (Interlude)
Running
The Crutch
I've Been Me (Interlude)