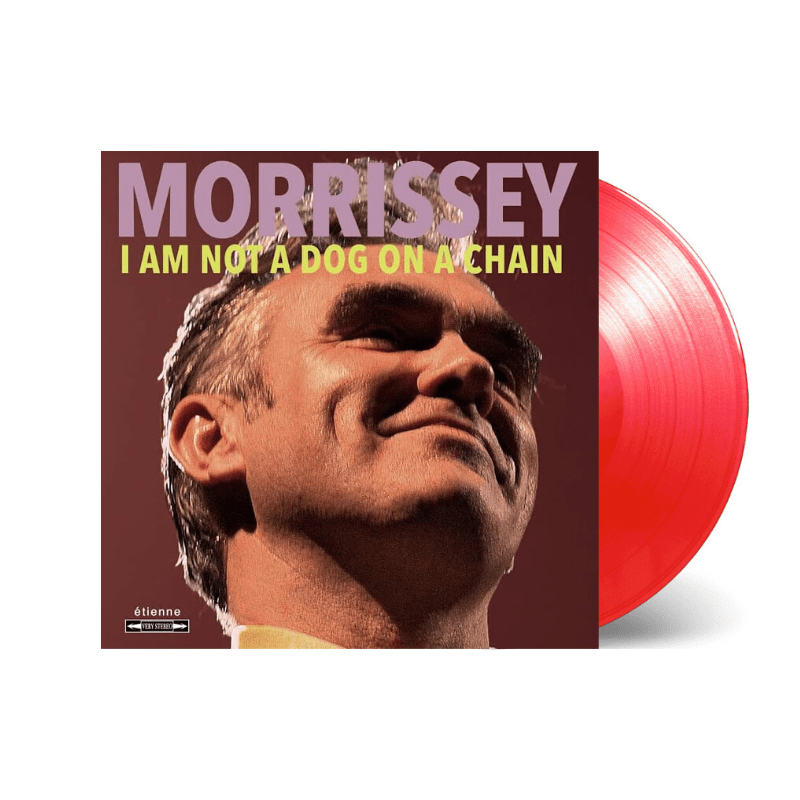 I Am Not A Dog On A Chain Transparent Red

Morrissey is set to release his 13th solo studio album, ‘I Am Not A Dog On A Chain’, on March 20th. ‘I Am Not A Dog On A Chain’ was produced by the Grammy Award-winning producer Joe Chicarelli (Beck, The Strokes, The Killers). It was recorded during sessions at Studio La Fabrique in Saint-Rémy-de-Provence, France and Sunset Sound in Hollywood, California. "I have now produced four studio albums for Morrissey,” said Chicarelli. “This is his boldest and most adventurous album yet. He has pushed the boundaries yet again - both musically and lyrically. And once again proving that as a songwriter and singer, he is in his own category. In truth, no one can be Morrissey but… Morrissey!”

1. Darling, I Hug A Pillow
2. Once I Saw the River Clean
3. The Truth About Ruth
4. The Secret of Music
5. My Hurling Days Are Done