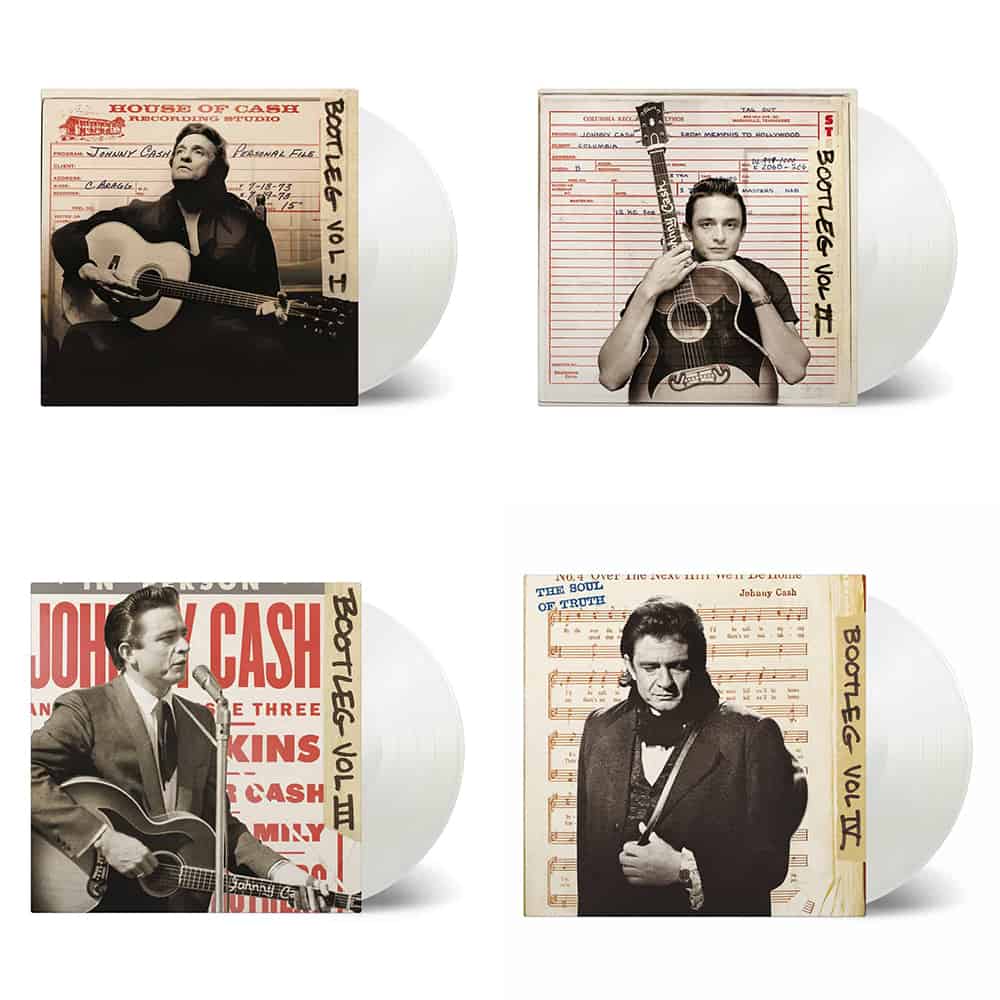 In 2006 Columbia/Legacy released a number of recordings that had been found amongst Johnny Cash’s most private and valuable of his possessions. They dubbed it the Personal File, after what Cash had written on the white cardboard boxes that had kept these recordings safe over the years. This triple album encompassed recordings Cash had made between 1973 and 1982 in his cabin studio, and were a precursor to his famed American Recordings; these are intimate sessions of a man and his guitar, singing songs and telling stories about them.

Bootleg 2: From Memphis To Hollywood

In 2006 Columbia/Legacy released a number of recordings that had been found amongst Johnny Cash’s most private and valuable possessions. They dubbed the album The Personal Files, after what Cash had written on the cardboard boxes that had kept these recordings safe over the years. Now a second volume has been added to this Bootleg Series; From Memphis To Hollywood. For this volume producer Greg Geller focuses on Cash’s early Sun years (1954 to 1957) and his Columbia years from 1958 to 1969. This collection puts Cash’s music in a historical perspective: Side A is a 15-minute recording of a live radio broadcast for KWEM on May 21, 1955, the same month Cash recorded his Sun hit “Cry, Cry, Cry”. The B-side is filled with 12 early pre-Sun demos, 11 of which are previously unreleased. The C-side contains 7 outtakes produced by Sam Phillips and Jack Clement, as well as 2 final demos. The rest of the compilation comprises a fresh collection of non-album singles and B-sides from Cash’s first 11 years at Columbia, and concludes with “Come Along And Ride This Train”, theme song of The Johnny Cash Show on ABC.

Bootleg 3: Live Around The World

After the previous Johnny Cash Bootleg series, the first one consisting of privately recorded, intimate solo performances and the second one focusing on the dawning of Cash’s recording career, now it’s time for Volume 3. The Bootleg Series Vol. 3: Live Around The World is a treasure trove of rare tracks of Johnny Cash performances between 1956 and 1979. From country jamborees and juke joints, to folk festivals, prison shows, USO tours in war zones, and even a White House invitational, there was no audience Cash could not win over through his music, as can be heard on this box.

Bootleg 4: The Soul Of Truth
Johnny Cash is almost as well known for his spotted past as for his redemption. This fourth volume of the Bootleg Series focuses on the religious side of The Man In Black, showcasing the best of his Gospel on three 180 grams audiophile vinyl albums. Songs Of Faith that were recorded during the 1970’s and 1980’s, this is a collection of previously unreleased and out-of-print studio material (including an unreleased 1975 Gospel album) and features duets and collaborations with June Carter Cash, Rosanne Cash, Cindy Cash, Anita Carter, Helen Carter, Rodney Crowell, Jessi Colter, and others.

Bootleg Volume 4: The Soul of Truth comes in a 10mm sleeve with a 20 page booklet filled with highly personal liner notes by his son John Carter Cash! Available as a limited edition of 1500 individually numbered copies on transparent vinyl.