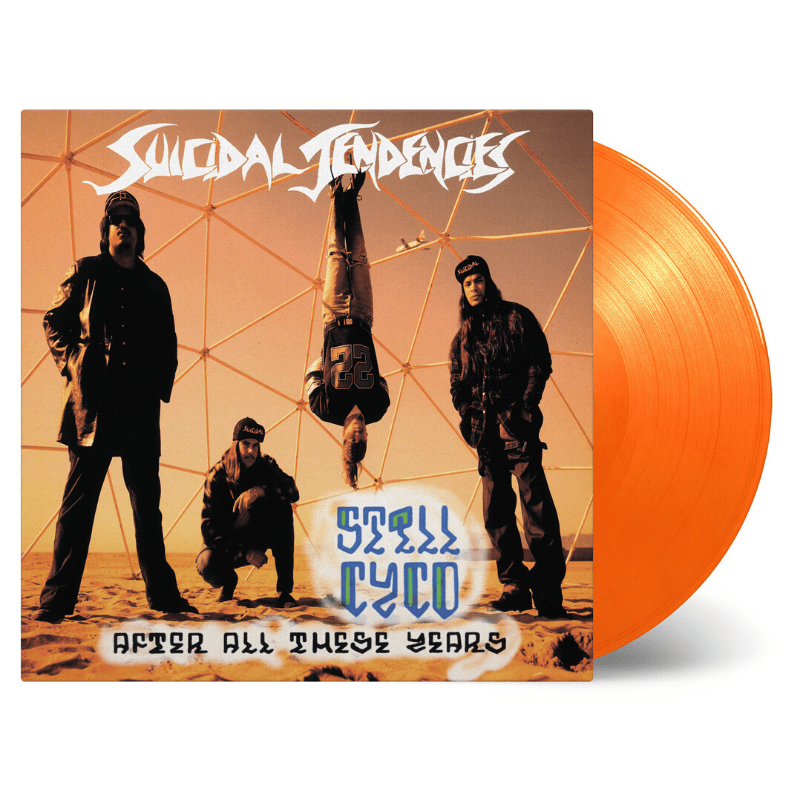 Still Cyco After All These Years Orange Marble

Still Cyco After All These Years was originally released in 1993, a compilation of sorts but officially classed as a studio record. The album includes a re-recording of the entire debut album Suicidal Tendencies (1982) plus re-recordings from Join The Army (“War Inside My Head” and “A Little Each Day”) and a B-side only track “Don’t Give Me Your Nothin’”. The re-recordings of the crossover/thrash classics certainly have a tighter feel than the original recording, with Mike Muir’s developed vocal style also setting this version apart. The album also includes the classic singles “Institutionalized” and “I Saw Your Mommy”.

Still Cyco After All These Years is available as a limited edition of 1500 numbered copies on flaming (orange & yellow marbled) vinyl.

1. Suicide's An Alternative
2. Two-Sided Politics
3. Subliminal
4. I Shot The Devil
5. Won't Fall In Love Today
6. Institutionalized
7. War Inside My Head
8. Don't Give Me Your Nothin'