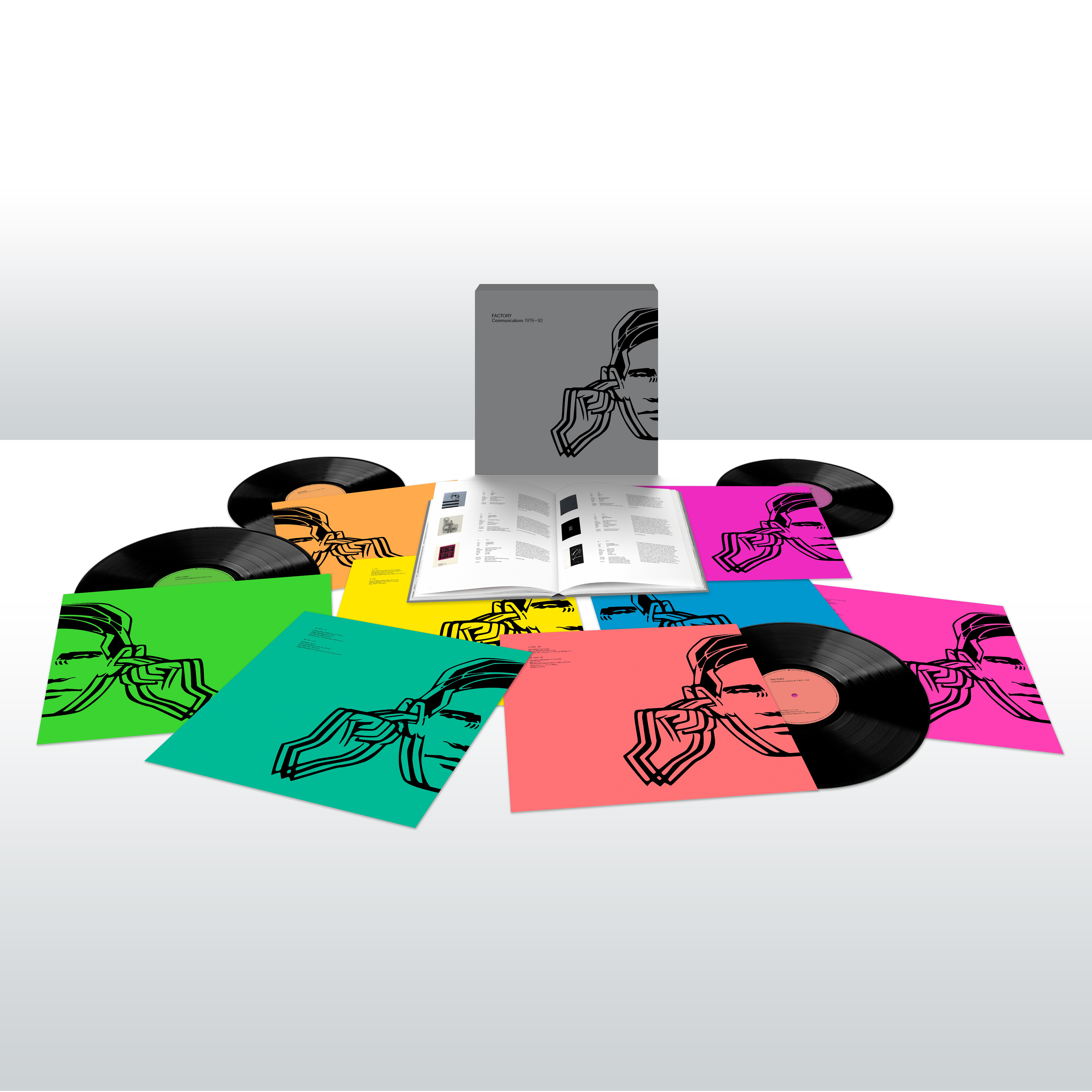 Originally released as a limited edition four CD collection in 2009, Factory Communications: 1978-92 is a tribute to the label as well as a dedication to the founder, the late Tony Wilson. Making its debut on vinyl, the project celebrates arguably the most important label in UK pop history, collating rare and obscure tracks from a diverse range of acts. It features 63 tracks including cuts from New Order, Joy Division, The Durutti Column, Happy Mondays, Electronic, A Certain Ratio, Section 25 and many others and includes sleeve notes written by Paul Morley.

Factory records was founded in 1978 when former Granada TV presenter Tony Wilson teamed up with Alan Erasmus, soon to be joined by maverick producer Martin Hannett. The Factory name was first used for a club featuring local bands including The Durutti Column, Cabaret Voltaire and Joy Division. The founding members of the label decided to release an EP of music by the acts who had performed there; “A Factory Sample” - and Factory Records was born.

Factory was however much more than just it’s headline acts. “Factory Communications: 1978-92” celebrates the label from the first release through an extremely diverse roster of acts from the cutting edge post punk of A Certain Ratio, Cabaret Voltaire, The Railway Children, OMD, James and Joy Division to obscurities such as Section 25, Biting Tongues, Crispy Ambulance, Miaow and Swamp Children via early dance culture - ESG and 52nd Street, to the full flowering of the ‘Madchester scene’, ending fittingly with the last Factory release, “Sunshine and Love” by Happy Mondays. Sleeve notes written by Paul Morley.