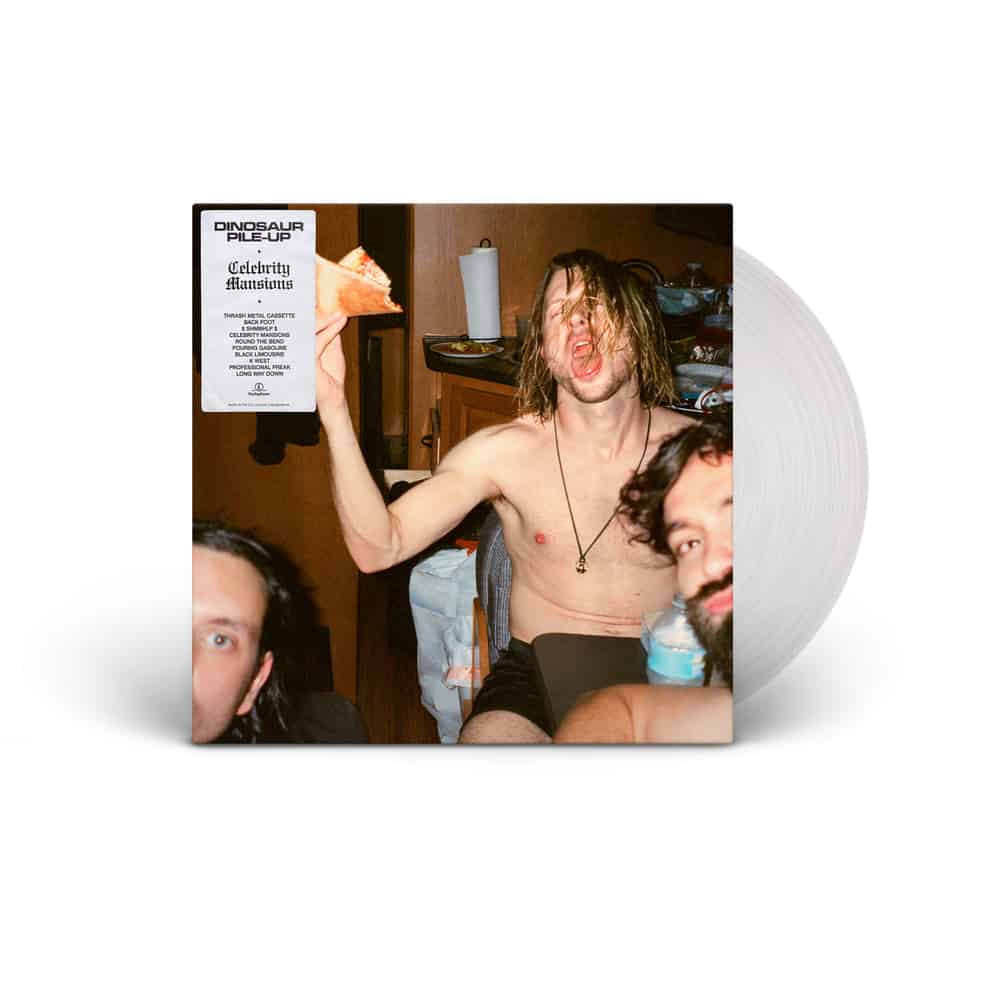 The full throttle introduction to Dinosaur Pile-Up’s new album sets the pace for Celebrity Mansions, a record that sizzles with big melodies, skewered through with raw, intoxicating emotion.

Songs like ‘Back Foot’ take the slacker rock template and apply a coating of gonzo heavy metal, which results in the most fun combination of guitar, bass and drums you’ve heard in an age.

Elsewhere tracks such as ‘Pouring Gasoline’ and ‘Round The Bend’ feature the most monumentally sized choruses in the history of Dinosaur Pile-Up and play as undeniable proof of frontman Matt Bigland’s growing diversity as a songwriter.

It’s the album closer ‘Long Way Down’ that illustrates this in the most poignant way, being the prettiest, warmest, loveliest song he has perhaps ever committed to tape. Fittingly, it’s about his late father.

Regarding the forthcoming album Celebrity Mansions, Matt says, “It’s a reference to when we were on tour, questioning whether we’d wasted our lives doing this, wondering if we’d ever get a break. I’d see what you’d call ‘Influencers’ on Instagram. Popstars making money from being attractive. People with seemingly nothing to say. And I’d just think, ‘Surely there’s more to life than this. Surely people want more than this. Surely they want some substance. I mean, we’re talking about music. It matters.’”