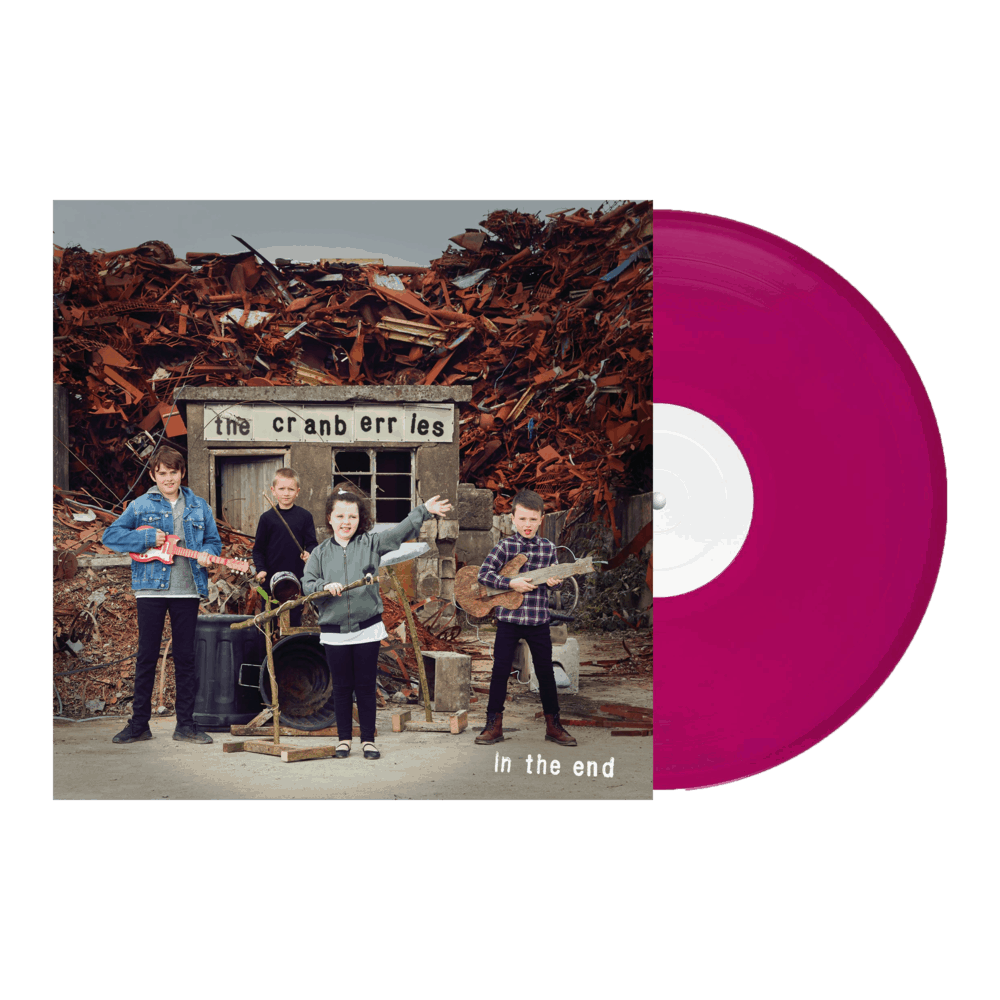 In The End Cranberry Coloured

30 years after forming in Limerick (initially as The Cranberry Saw Us) The Cranberries are set to release their 8th and final album ‘In The End’. With Stephen Street once again taking producer duties, the eleven-track record brings a remarkable career to a fitting and powerful closure.

While it is tinged with sadness following Dolores’ unexpected death on January 15th 2018, ‘In The End’ is not a valediction, it is a celebration, one that stands as a powerful testimony to the life and creative work of Dolores and her brothers in music Noel, Mike and Fergal.

The genesis of ‘In The End’ began in May 2017 while the band were on tour. By winter of 2017 Noel and Dolores had written and demoed the eleven songs which would eventually appear on the album. In coming to terms with her tragic passing Noel, Mike and Fergal listened to the songs and, with the support of Dolores’ family, wanted to honour their close friend, and collaborator by completing the record.

Speaking about the band’s concerns at the time Noel said “we knew this had to be one of the, if not the, best Cranberries album that we could possibly do. The worry was that we would destroy the legacy of the band by making an album that wasn’t up to standard. Once we had gone through all the demos that Dolores and I had worked on and decided that we had such a strong album we knew it would be the right thing and the best way that we could honour Dolores.”

The album is a strong goodbye from the band to their fans, a fitting tribute to their bandmate and friend and, most importantly, a collection of powerful songs that can take their rightful place with The Cranberries’ previous six records.